On whether the parent capital at adoption

When adopting a child the parents are entitled to receive a certificate for maternity capital. A list of documents that must be prepared for this, you can learn in the Pension Fund of the city. 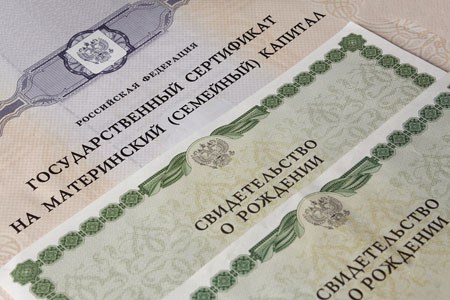 Related articles:
Very often in the process of adoption new parents ask: and whether it occurs in this case is entitled to a maternity certificate? After all, even the adopted child requires certain costs of maintenance and education. In addition, with the advent of a new member in the family increases the need to improve living conditions. To change the apartment for more or to make repairs to it.
It is worth noting that the opportunity of obtaining certificate in case of adoption of children is exactly the same as at birth. And so, under current law, adoptive parents have every right to design this certificate. To know the list of documents that should be prepared to obtain the certificate, can the city pension Fund.

In some cases, based on the certificate

We offer support only put, while compliance with mandatory requirements:
- the child should be adopted in the period from 01 Jan 2007 to the present time;
- date of birth of the adopted child in this case does not play a decisive role;
- adopted child should be the second and subsequent child in the family;
- previously, adoptive parents had not received the certificate.

The situations in which the parent capital is not necessary

According to all the same Federal law, offer social support are not entitled under the following circumstances:
- adoptive parents have already benefited from this opportunity;
- adoptive parents are deprived of parental rights regarding their children;
at the date of adoption, the child already was a stepson or stepdaughter;
- in case of cancellation of adoption any opportunity to dispose of the certificate is terminated.

It should be noted that in practice the use of this state support there are several situations in the case of which this right is still coming. So, such a right have men who are the sole adoptive parent of the second and subsequent child, subject to the condition, giving the opportunity for the implementation of organised measures of additional assistance. That is, he had not yet received the certificate, and the court decision on adoption entered into force starting from the date of the law.

The ability to obtain capital has sinovialnaya if her first child died. For example, a woman in 2006, a child died. In 2014, she adopts a child. In this situation, she has every right to receive a certificate for maternity capital.
Is the advice useful?
See also
Подписывайтесь на наш канал