How to receive maternity capital

Some time ago in Russia was adopted the law, according to which women who have given birth or adopted a second child, assigned the help of the state, which was called "maternity capital". 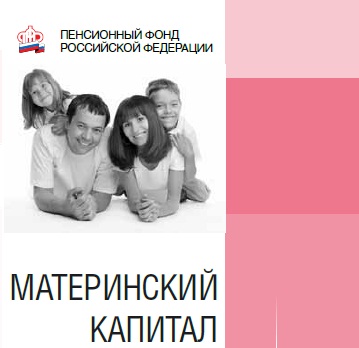 Originally in 2007, total capital amounted to 250 thousand rubles, and by January 2010 it rose to 343 thousand. Moreover, it was agreed that the sum of the parent capital will continue to grow and be recalculated in accordance with the rate of inflation.

By law any woman who gives birth to or adopted a second (or more) of the child can issue the parent capital, of course, she must be a citizen of the Russian Federation.

For registration of the parent capital you need to provide the following documents to the Pension Fund of the Russian Federation for his place of residence:

• the passport of one of parents;

• birth certificate (adoption) of the child;

• birth certificate of their first child;

To eliminate the possibility of gain or other unlawful actions for the purpose of receiving money of the parent capital, the state has to take care that the funds received as the grant can be spent only for specific purposes. And to cash the parent capital it is impossible.

The maternity capital can be used only for specific purposes. In 2010, the list of possibilities has expanded considerably.

Now you can make the maternity capital as a down payment for obtaining a mortgage or mortgage loan.

The maternity capital can be paid as a tuition fees for any child not older than 25 years, but in the list of educational institutions include kindergartens and various sections and sports clubs.

Money can be sent to the pension account of the mother. In this case, it provides for indexation of the total amount.

Money of the parent capital can be spent on the purchase of a car, although this point is in terms of development, but before the end of the year I think to legalize it.

It should be noted that from April this year to 12 thousand at the same time, moreover, to spend these funds for any purpose.

An important point in the design of the parent capital is that the documents can be filed within three years from the date of birth of the second child.