Where in the wild grow the most beautiful orchids

Orchids are valued for their unusual flowers. To choose the most beautiful Orchid is impossible, because it is modified according to the location of their habitat. The beauty of forest orchids, the modest and inconspicuous, and tropical — extravagant. But in any case, the Orchid affects the shape of a flower. 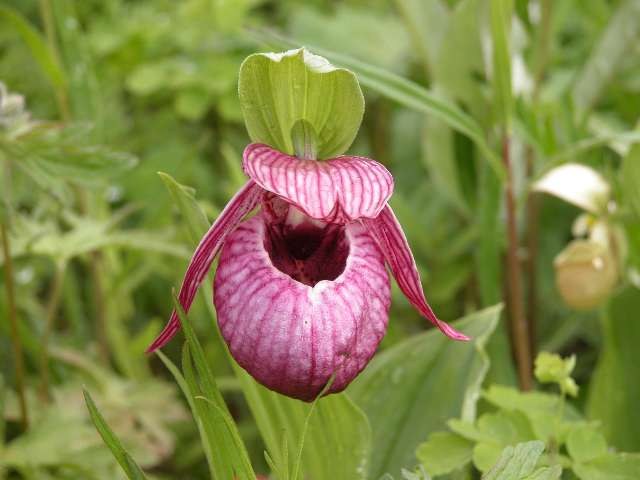 Related articles:
Even among 5-6 types of the most popular hybrids of orchids suitable for home growing, to choose the most beautiful is not easy. But what if in the wild there are about 30 thousand species and the scientists are still finding new ones. Unbelievable that such a fastidious home, wild Orchid is widespread in the tropics and Northern Siberia. It cannot exist only in Antarctica.

Paying tribute to justice, it is necessary to arrange "casting" separately among the orchids, giants, dwarf and even subsoil types. After all, even the smallest Orchid is Platystele from Central and North America, the flower of which a pinhead no more, unusual beauty. If you see her flower closer, it resembles a sparkling Golden red star.

Naturally, the humble beauty of the vegetation of cold regions can not compete with Asian species. And yet to some it is much nicer. Sometimes just stepping through the flowering plant with growth of 10-20 cm, not everyone realizes that this is a wild Orchid in all its glory.

I must say that to meet the members of the family "orchids" in the Russian forests increasingly difficult. No wonder they are listed in the Red book: the spotted Orchis, and night violet. The people, they are known as "kukushkiny tears" and "Platanthera". Tiny wild flowers concentrated on top of the stem, prove their belonging to the elite genus of orchids to the presence of "lips". Only orchids it is lobed, and Lyubka solid.

Frost has an enviable lady's slipper, which is common from the British Isles to the Pacific ocean. Its name he received for a swollen "lip", decorated with red spots or stripes. Compared to the above cold-hardy representatives may, he is the most beautiful. Moreover, because the flowers have a much larger. Orchid calypso bulbosa soft pink and purple colors are also incredibly beautiful. Its homeland is the Urals.

And yet when it comes to the beauty of the orchids, once submitted to tropical species, which was the beginning of the breeding cultural hybrids. Here they amaze with the variety of shapes, sizes and colors. However, the beauty of orchids rarely get wild instance, with really beautiful blooms. Most of them, unfortunately, disappear. Scientists explain this fact by the changes in the environment. Contributes and people.

One of the most beautiful, exotic and endangered species of spider Orchid, living in Victoria. Not surprising name, since all orchids resemble the shape of a flower that birds, butterflies, spiders, lizards. In some species the "lip" is very similar to the little man male. It is an Italian variety found on the island of Crete, and in Armenia.

In the tropical zone of India, Indonesia, southern China, the Philippines and Australia grows large Vanda Orchid, which can rightly be considered the Queen among wild species. She reaches meters tall, and the large flowers are collected in a single inflorescence. Although the flower is not different exotic form, but the striking variety of colors.

However, to name the most beautiful Orchid is unlikely, because in the humid tropics of Australia, America, Europe, you can find orchids epiphytes with beautiful flowers, the roots of which hang from the branches of trees. And in the marsh areas of Florida grows amazing flower Orchid Ghost. Compete in beauty and will take Japanese habenaria, the flower resembling the flight of the white Heron.
Is the advice useful?
Подписывайтесь на наш канал