As in nature the orchids grow

Orchid is a popular house plant with colourful and big flowers, a frequent occupant of the window sills in the apartments have fans of home gardening. However, few people know how orchids grow in the wild. 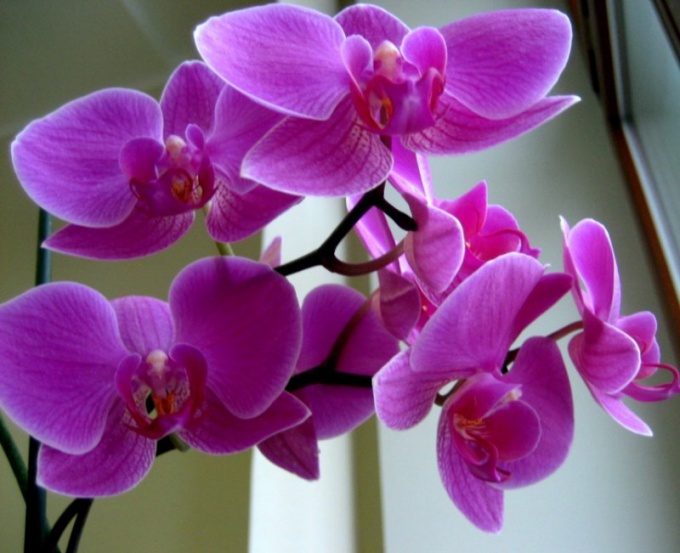 Related articles:
Instruction
1
It is quite widely believed that if orchids are grown exclusively in tropical forests, but it is not. Orchid is a pretty hardy plant, it can live in different climatic zones with the exception of the too arid and cold areas. However, the greatest diversity of these unusual flowers can really be seen in the tropical and monsoon forests, where they provided the ideal conditions – high humidity, permanent air circulation and protection from direct sunlight. Orchids grow on all continents except Antarctica. In Russia and countries of the former Soviet Union to meet representatives of 49 genera of orchids.
2
Many species of orchids are epiphytes, seladonia on tree trunks. However, don't confuse them with parasites – orchids do not use the nutrients of the trees, those only serve as a support and for energy color enough rotten leaves and insect remains. Also, these beautiful but not pampered plants are able to settle in the crevices of rocks, cracks in rocks and on the ground. Some types of orchids are able to withstand quite harsh conditions.
3
During the evolution of the orchids developed a variety of tools to simplify their lives in the wild. Thick fleshy leaves to allow the flowers to retain much needed moisture during the dry season and to ride it. Many roots of orchids-epiphytes help them stick for support and intensively absorb water due to the upgrading of epithelial tissue. The lovely flowers attract not only humans but also the bees. Some types of orchids have gone further and developed the pollinator connection with mosquitoes, flies, butterflies, moths, hummingbirds and even bats, depending on the growing region and the wildlife that inhabit it.
Is the advice useful?
Подписывайтесь на наш канал