As to "Papaverine" during pregnancy 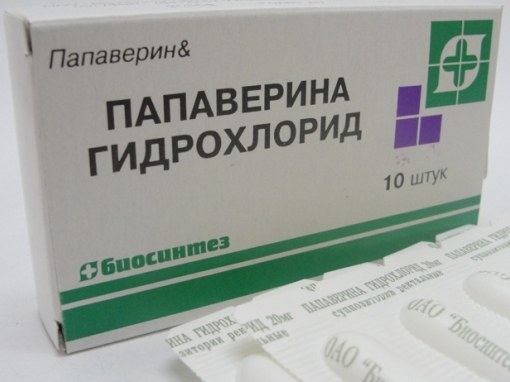 Related articles:
Instruction
1
Papaverine has three forms: tablets, suppositories for rectal use and solution for injection. Papaverine in tablets during pregnancy is not indicated, as it is believed that this form of release of the drug has more pronounced side effects. It should be noted that clinical studies of the drug's safety during pregnancy has not been. However, it is used to reduce the tone of the uterus in early pregnancy for a long time, and it allows medical professionals to conclude the safety of this drug to the unborn child. In any case, the use of Papaverine is assigned only if the benefits of treatment and the expected positive impact on the course of pregnancy is higher than the possible risks to the fetus.
2
As a rule, during pregnancy use rectal candles Papaverine. Recommended dosage manual – one candle two or three times a day. The introduction should be made at equal intervals of time, e.g., every four hours. The duration of treatment determined individually by the physician, but in most cases the drug is used for the shorter time-frame sufficient to achieve the desired therapeutic effect. As soon as signs of increased uterine tone are, Papaverine canceled.
3
In some cases a pregnant woman can be assigned to intravenous or intramuscular administration of Papaverine. Usually Papaverine in the form of injections is used only in emergencies, when you need a quick therapeutic effect: the intravenous, intramuscular or subcutaneous injection of the drug spasms and the resulting pain syndrome are eliminated considerably faster than oral or rectal use. Dose solution for injection for single injection may be from 10 to 20 mg. the Interval between injections should be at least four hours. Intravenous injection of Papaverine should be performed by a qualified medical officer and only in a hospital. Subcutaneous or intramuscular injections of Papaverine are allowed to do at home, if the use of the drug in the form of injection recommended by a doctor.
4
Note: side effects when using Papaverine during pregnancy can be low blood pressure, dizziness, drowsiness, nausea, constipation and increased sweating. Usually when you see these side effects do not stop treatment. But if the drugs are accompanied by more severe symptoms, such as severe weakness or dizziness, you must inform your doctor. However, Papaverine during pregnancy is often tolerated very well in helping to eliminate pain and cramping without any negative effects.
Is the advice useful?
Присоединяйтесь к нам
New advices