Why a teenager may feel dizzy

Many people have at least once felt dizzy. Very often the head might be reeling from the banal fatigue, especially in adolescents. Because their body is still growing, and physical and mental stress at school can contribute. But there are other factors that dizzy adolescents. 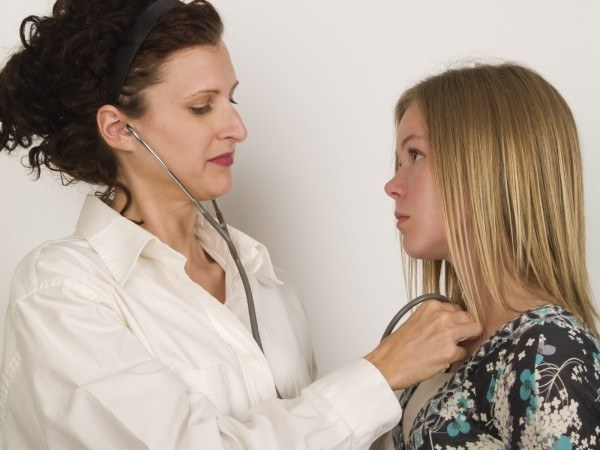 The causes of dizziness

Dizziness in adolescents may occur through the release of adrenaline in the blood, for example, on the exams. In human blood, comes the stress hormone that constricts blood vessels. Thus, the brain not getting enough oxygen and my head starts to spin. It is a safe condition and is not related to disease.

Insufficient nutrition leads to dizziness. Such States often suffer from girls who dream to lose weight. It is during adolescence that they begin to drastically lose weight and stop eating. The brain needs glucose, and it, unfortunately, the body fails to receive. Gradually develop dizziness which may be permanent.

Quick move. For example, the child sat a long time at his Desk, and after the call abruptly jumped. The organ of balance does not have time to rebuild, and the head starts to spin.

Teenagers, quite often, dizzy at sharp bends or turns. This condition says that the vessels of the brain is not perfect and are still in the process of growth.

Perhaps the teenager has poisoned with household chemicals or medications. Often such cases are recorded in adolescence.

In the 14-15 age group develops vegetative-vascular dystonia. It arises from the functional disorder that with proper treatment with age pass. In most cases, dizziness cause of traumatic brain injury and various internal bleeding.

If the child for a long time complains of dizziness, you should pay attention to it and get a full examination. Perhaps the child acetoneiso the initial stage of a crisis is a condition in which disrupted the function of the pancreas.

Dizziness can cause a variety of infections. For example, meningitis or encephalitis. In addition to the main symptom accompanied by high fever and impaired General condition.

The cause of vertigo may be hypotension. It is a condition in which there is a decrease in blood pressure. It can be congenital or acquired. Hypotension is often accompanied by darkening of the eyes, headaches, constant weakness and paleness.
Is the advice useful?
See also
Подписывайтесь на наш канал