What counterparts have with "Diclofenac"

"Diclofenac" is a non-steroidal anti-inflammatory drugs. The drug has analgesic and antipyretic effects, it is used in the treatment of inflammatory diseases of muscles and joints. 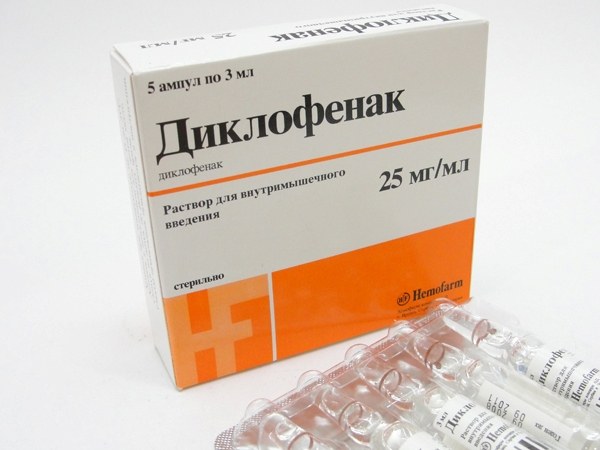 Related articles:
Instruction
1
"Diclofenac" is prescribed for rheumatoid arthritis, rheumatism, osteoarthritis, gout, ankylosing spondylitis, diseases of joints and soft tissues, accompanied by pain, neuralgia, neuritis, sciatica, lumbago, primary dysmenorrhea. Analogues of the drug on the active substance are "Voltaren", "Diklak", "Admiral" and others. "Diclofenac" often replace "Naklofen" and "Ortophen" having similar composition, indications, side effects and contraindications.
2
"Artrozan" - a drug similar in its action with "Diclofenac", but containing a different active substance (meloxicam). This medicine is a selective COX-2 inhibitor, part of a group of non-steroidal anti-inflammatory drugs. In accordance with the instructions preparations containing diclofenac may be used during pregnancy because of the risk for the baby and good for mother. In contrast, "Artrozan" pregnant women is contraindicated. This medicine should not be used for a long time.
3
A modern analogue of "Diclofenac" is "Naproxen", which refers simultaneously to the five pharmacological groups: spasmolytic, NSAIDs, combination of NSAIDs, analgesics-antipyretics combined composition, NSAIDs in combination with proton pump inhibitor. This drug has a weaker effect. "Diclofenac" in tablets can also be replaced with the following medications: "Clopton", "Indometacin", "Sulindac", "Piroxicam", "Tenoxicam". Doctors say that among these drugs is less harmful to the stomach is "Sulindac", but at the same time, it is most toxic to the liver.
4
Analogues ointment "Diclofenac" are "Indomethacin", "Ketoprofen", "Clopton", "Phenylbutazone". The safest is "Clapton", the most powerful is "Indomethacin". Harder all the carries, "Phenylbutazone". Among the analogues of gel "Diclofenac" allocate "Piroxicam", "Naproxen", "Etofenamate", "Ketoprofen". The most powerful effect of "Ketoprofen", "Piroxicam". Less harmful to the body "Naproxen". To peers candles "Diclofenac" include "Metamizole", "Indometacin", "Tenoxicam", "Phenacetin", "Clopton", "Naproxen". The most effective among them is "Indomethacin".
Note
Before replace "Diclofenac" analogy, be sure to consult with your doctor.
Is the advice useful?
Присоединяйтесь к нам
New advices