Why Christ was crucified

The Orthodox Church teaches that Christ died for the sins of all mankind. In the death of the Lord was reconciliation of man and God believing people was granted the chance to go to heaven after death. 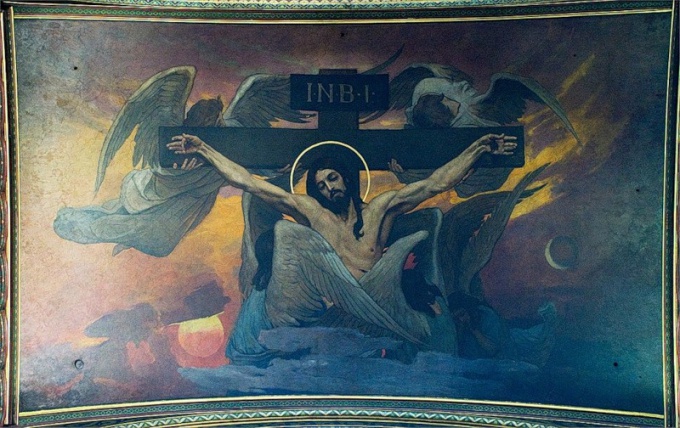 Before talking about the reasons for the crucifixion of Christ, you need to understand that this event was meant to be initially since the creation of man by God. So, the Lord knew what would take place the fall and expulsion of man from Paradise. God knew that people need salvation and grace-filled sanctification. For this pre-eternal Council of the Holy Trinity, it was decided that Christ will come to earth to die for man. So it turns out that the main reason for the crucifixion of Christ was the love of God to the people. It is through the death of the second Person of the blessed Trinity, the humanity had the opportunity to reconcile with God and go to heaven after death.

If we talk about earthly reasons for the crucifixion of Christ, it is necessary to pay attention to the fact that the Jewish people hated the Lord. People themselves were asking to crucify Jesus. The main reasons for this cruel punishment the Jews called blasphemy of Christ. So, it was assumed that Christ commits a mortal sin of blasphemy when he calls himself the Son of God.

In the opinion of the legalists of the Jewish Christ broke the old Testament law when he performed miracles of healing on Saturday. The Jews were angry at Christ because he is Their Father is called God. Also in the Gospels indicate that the Pharisees (a particular caste of the Jewish people who strictly observe the old Testament law) was angry at Christ because he made himself equal to God.

The Pharisees of the Israeli people was not clear that Christ is a God who came to man for salvation. Christ was accused of eating and drinking with sinners, and yet he calls himself the Son of God.

Of particular importance, the scribes and Pharisees gave of what the Lord supposedly does not recognize the authority of the king-Caesar. On Board nailed at the top of the crucifixion, wrote that Christ is the king of Israel.

It turns out that human causes of the crucifixion of Christ was the misunderstanding by some legalistic Jewish nature of Jesus. He was hated and accused of blasphemy, disobedience to Caesar, the rebellion of the earthly Royal power.