How to make an infrared light

Infrared lighting allows to arrange a lighting object, which is invisible to the naked eye, but well see when using night vision devices, cameras (including security), digital cameras, camera phones and other similar devices. 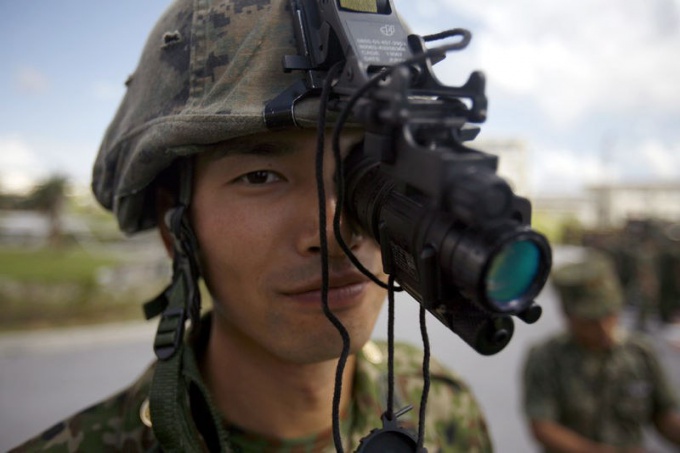 Related articles:
Instruction
1
Take a Chinese lantern on the basis of approximately fifteen white LEDs. Pull out the batteries. Then disassemble the instrument, being careful not to tear any wires (in this technique they are very thin).
2
Locate the resistor in series with a circuit Board, on which the LEDs. Wipaire it and measure its resistance. Then replace it with another one, which has twice as resistance and capacity.
3
Determine where the white led cathode, where the anode. This tentatively sketched the internal structure of any diode and its location relative to the Board, wipaire it. Using the battery from the motherboard will determine where he anode and where cathode. Now paint it the Pinout. Do not short-circuit the battery.
4
Buy infrared LEDs in the same buildings and the same amount. They define the Pinout in the same way, this time using a half charged battery, and a glow check using mobile phone camera.
5
Now, observing polarity, replace in the lamp all white LEDs in the infrared. Vypichu white LEDs produce carefully to avoid damage to them. In the future use them in other constructions.
6
Install the batteries in the flashlight. Turn it on, light the invisible rays of space, and verify using the same phone that it was really lit. Remember that although infrared radiation and ultraviolet is much safer to send a lantern in the eye is impossible.
7
Why to use such a device? If you provide it a stable power supply connected instead of batteries, it will be useful for night lighting, where installed security camera. It will be able in the dark to "see" is not worse than in the light. Also, try to photograph a particular object only by the light of a lamp. It will look different than conventional lighting. Finally, when playing paintball in the dark a lantern, in combination with the camera phone will serve as a makeshift night vision device.
Is the advice useful?
Подписывайтесь на наш канал