How to make Chinese lanterns

Bright, colorful Chinese lanterns are perfect decorations for New year celebrations, and any other holiday that can easily be done by hand. There are 3 ways how to make Chinese lanterns. 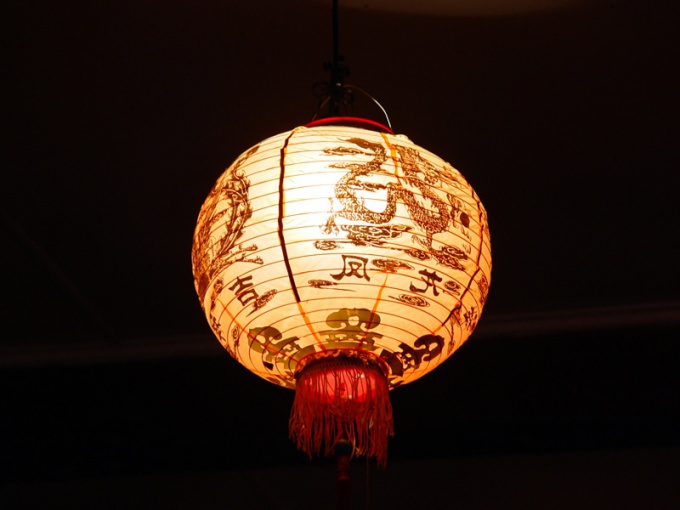 You will need
Instruction
1
The first method. This is the most simple flashlight. He made of colored paper, which is folded in half, make a crease across the cuts, then unfold it and glue the ends. These lanterns can be hung as separate ornaments or as "clothing" for candles.
2
The second method is more complicated. Taken glued to the cylinder strip of paper red, white (5x18 cm), folded in 4 times. White "convolution" cut out animal figures, corresponding, for example, the animal symbol of the coming year. After deployment, we get a chain of 4 animals. Glued them on red paper cylinder. Before we glue the cylinder, do it on the horizontal edges of the incisions, and bend the prongs inwards. Cloves then paste green circles on both sides (diameter – 6 cm). Using the resulting billet is passed the cords to strengthen the three circles of green, but different shades. Under the last of the circles, you can attach the bundle of red embroidery floss and a flashlight will be ready.
3
The third way allows you to make drop-down lanterns of the same paper. Large sheet folded in half along the length and form of his harmonica. The edges of the accordion bred in hand, so we went figure like the roof of the house. The edges of the folds pressed with your fingers, fold the accordion in the dense pile, making sure edges do not converge. The accordion is put on the cardboard and cut the side walls of the light on its contours. The resulting patterns from the cardboard sticking to the harmonica, to their upper corners fasten the loop of strong thread. The lower ends of the "cardboard" is pierced with an awl, connect and also do loops, otherwise the accordion will collapse when opened.
4
All that's left is to wait for the glue and pulling on the top hinge to reveal an accordion, which will take the form of a convex disk. The brushes that attach to the flashlight, can be made of tissue paper. And our wonderful decoration is ready.
Useful advice
A little imagination will allow you to come up with new, their models of jewelry from paper. One has only to invent a form and figure out how to reproduce it. That's all business. Happy holidays to you!
Is the advice useful?
Подписывайтесь на наш канал