How to identify the ovarian cyst

An ovarian cyst is a formation that consists of capsules filled with liquid. As a rule, symptoms are absent. The ovarian cyst can be detected using ultrasound. 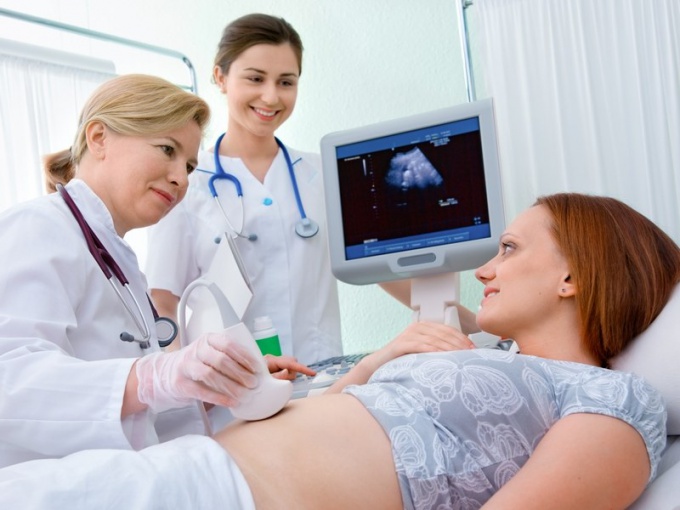 Depending on the contents of ovarian cysts can be follicular, mucinous, endometroid, dermoid. A follicular cyst is formed due to the fact that there is no rupture of the follicle and ovulation, the release of an egg. In normal in place of the bursting of the follicle there is a yellow body that produces progesterone. If the yellow body is not changed, there is a tumor.

How to detect ovarian cyst

Uncomplicated ovarian cyst is asymptomatic, it can be determined by ultrasonography. Endometrioid neoplasm can be suspected, if a woman is constantly observed aching in the lower abdomen, worse during menstruation and in front of them. Such a cyst is accompanied by commissural processes in the small pelvis, it leads to disruption of bladder and bowel.

If any cysts can be observed a slight increase of body temperature, disorders of the monthly cycle, frequent urination, intense lower abdominal pain during intercourse, weight gain. The cyst may be complicated by suppuration, rupture, torsion leg. In this case appear the following symptoms: sudden intense pain in the lower abdomen after sexual intercourse or physical effort, increasing the temperature to 38-39оС, tension of the anterior abdominal wall, nausea or vomiting, palpitations.

To determine the ovarian cyst, you must consult a gynecologist. The doctor may use the following diagnostic methods: pelvic examination, which allows to identify the increase in appendages, ultrasound, puncture of the vagina, which helps to determine the presence in the abdominal cavity of blood or fluid.

Laparoscopy ovarian cyst allows not only to identify the education, but also to remove it. If there is suspicion of malignant neoplasms, appointed by computed tomography, blood tests for tumor markers. To detect hidden infections appoint the General analysis of blood and urine. A pregnancy test is performed to exclude the possibility of extrauterine fetal development.
Is the advice useful?
See also
Присоединяйтесь к нам
New advices