What does the tattoo of a rose

Tattoo with images of various colors are among the most popular in the world. The Queen among these is the tattoo, of course, pinned on the body rose. The choice of this theme almost unlimited diversity of types and forms, and rich colors are simply amazing! By the way, rose is not only a tattoo for women. It can do men. 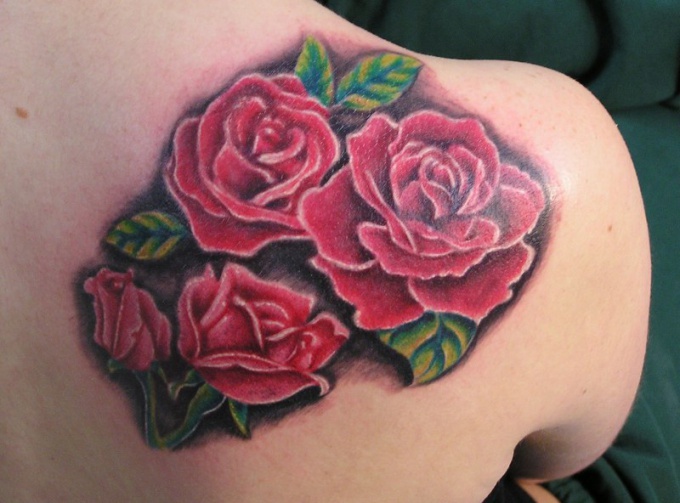 The meaning of the tattoos in the form of a rose

In General, the rose tattooed on the body, is a multivalue symbol, a symbol of youth and carelessness, beauty and love, Holiness and purity, rebirth and purification. In other words, the rose tattoo encompasses almost all the positive properties of the person. In the culture of Western civilizations, the rose was considered a sacred flower (like a Lily). In Europe Rosa is akin to the Lotus, revered in the East. At that moment she embodied all the divine that is in the world.

It is curious that the meaning of the tattoos with a rose differs in one religion or another. For example, in Ancient Greece and Egypt, the rose is the symbol of pure and sincere love, but in Islam it represents the shed blood of the prophet and his sons. Buddhists see in the pinned Rosa the Trinity of truth, and for Christians is the embodiment of mercy, of grace, of forgiveness.

Tattoo rose is a symbol of death

Do not be afraid of such a dark title. Just sometimes a tattoo in the form of a rose put on their bodies to Express his humble respect to the potential end of life on earth. Often, this is the point in putting your tattoo with roses followers of the Gothic subculture (Goths). The fact that a picture of a rose on the human body are correlated reflections about death and the mystery of the resurrection of man at his second coming. This is one of the sacred meanings of the tattoo.

Curiously, the ancient Romans were painted a faded rose, thus signifying a reminder of the existing realm of shadows: the rose symbolized the transience of human life. William Shakespeare is generally said that the scent is fading (dying) rose – the best, and Dante in his "divine Comedy" associated the rose with the end of the spiritual path.

What do the colors of roses depicted on the tattoos?

Shades of blossoms pinned to the body of the rose, of course, have its own significance. For example, a tattoo of a white rose means fidelity, purity, virginity and innocence, a spiritual revelation and radiance. Tattoo with red roses speak of passionate nature, about sexual desire, about the desire to be beloved.

If the rose pinned on the body, has a Golden color, then we can talk about the perfection of the nature of its owner. Not for nothing is a rose was chosen as the emblem of the Pope. Yellow rose – symbol of grief and separation, and blue is a symbol of something not unattainable and impossible. Speaking about the symbolism of certain roses tattooed on the body, it should be noted that the leaves symbolize the joy and thorns, sorrow or even the fall!
Is the advice useful?
See also
Присоединяйтесь к нам
New advices