Why the upper corners of the goal are called nine

Today football is one of the most popular and talked about games in the world having a huge number of fans on different continents. Football has its own symbols, rules, and even slang. 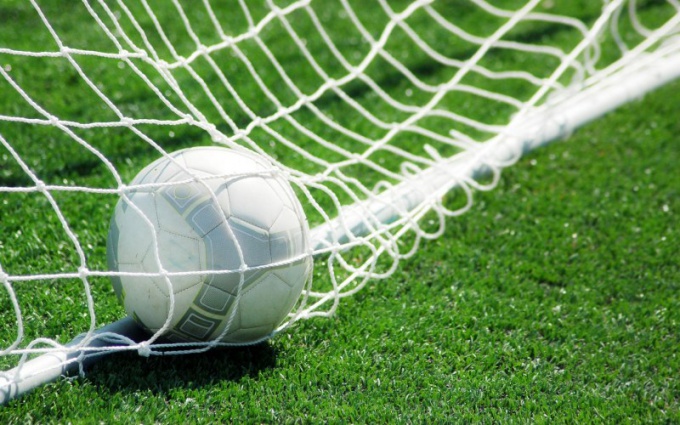 Related articles:
The basic principle of the game of football is scoring more number of goals in the opponent, which on the field two. They are of equal size, rather large and high. When working out precision strikes in training many coaches prescribe to their wards some kind of purpose where you want to be tagged. Soccer goal is divided into several squares. Their number nine. The counting of the squares starts from the bottom and top ends, in the corners. In each row of three squares.

A shot into the top corner

Football fans and even those who are far from this sport, at least once in my life heard the expression that is present on most matches: "strike nine". This means that someone from the team on the football field tried to hit the corner of the goal. Nine is called right or left corner. It depends on which side starts the conventional division of the gate into squares.

In some cases, the soccer goal is divided only into 5 equal squares, but still remains the usual division into 9 parts. It is much more convenient.

On the field, this distinction is not so important. The main role it plays in training. Not all players are able to punch accurately on target when there is a goalkeeper, that is why you need to try to beat the corner. The division gate into 9 squares is the best for practicing accurate winning strikes.

The goal that was scored in the top corner, is considered spectacular and technically challenging even for experienced athletes.

The history of the name angles "nine" is rooted in English football – after all, Albion is the birthplace of modern football. In this country, the corners that are located between the crossbar and the post called the top at 90 degrees. Over time, the number 90 were replaced with the usual "nine". Thus it happened that when you hit the right angle, then you got to the nine. Over time, this name has spread in many countries of the world.

One of the other versions it is believed that the upper corners were called the nines because of the fact that the earlier goals had view of a wall with attached bubbles. They were a sequence number, which denotes the number of points. They were arranged in the shape of a rectangle. The upper extreme corners could bring 9 points. Therefore, in consequence of these angles and are called nines.
Is the advice useful?
See also
Присоединяйтесь к нам
New advices