How to set up the balalaika at the village

In Russia, the balalaika is known for several centuries. From the village she moved into academic bands. But to play simple folk tunes, not necessarily a long time to learn in a music school and Conservatory. Our grandparents, learned to play by ear, with illustrative examples. 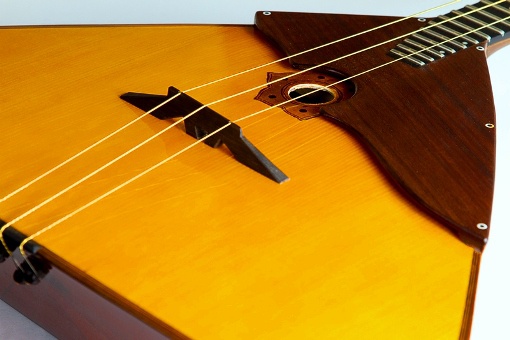 The device of the balalaika

The modern balalaika has three parts. The first part is a triangular building, the front part of which is called DECA. The back part is glued together from multiple wood segments. On the deck is cut the resonator box, which is sometimes called galenicom. The second part is the neck on which the frets. The third part is the head, which is attached peg line mechanism. With the help of pegs is configured balalaika.

According to the rules of the lower nut (the bridge on the body) and top (from the head of the neck) must be at the same distance from the twelfth fret at the a string as would be divided in half.

Now there are two types of settings of the balalaika:

Until the late 19th century was not a single clue about the instrument set-up, the village musicians retuned it for themselves, depending on personal preferences and traditions that existed in a particular place.

In the late 19th century thanks to the efforts of the musician Vasily Andreyev balalaika became a concert instrument. Andreev introduced the academic system. In this configuration, the top two strings are in unison on the note "mi" and the bottom string is tuned a fourth above the note "La".

Unlike the village system is that the adjustment is performed by the triad. And the first note in this triad can be any, it is very convenient, especially when you need to adjust the balalaika to other tools to play in the village orchestra.

Configuring the first string, as we need to adjust and rest. To do this, tighten the second string on the third fret and then pulling, then relaxing it, to achieve a unison with the open first string. The third string, placed it on the fourth fret, open custom from the second.

To configure you can also use the tuner, a piano, a guitar, accordion or any other instrument that can give us the necessary notes. After setup, swipe across the strings from top to bottom, you should hear a clean chord.

Now just need to learn a few chords, which, in the future, you'll learn some common traditional Russian tunes.