The main problems of agriculture in Russia

Russian agriculture is one of the most important sectors of the Russian economy, providing requirements for food and raw materials for footwear, textile, perfumery and other industries. 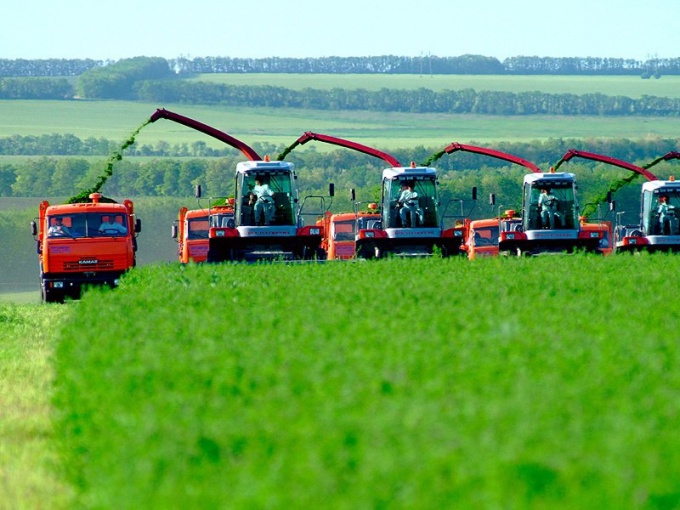 Related articles:
Russian agriculture is one of the largest in the world. This sector of the Russian agro-industrial complex is among the countries in 1st place for the production of sunflower and sugar beet, 4 – grains, 5-e – meat, 6 – milk 7-e – by growing vegetables. In 2013 the volume of production in Russian agriculture amounted to 120 billion dollars. The main regions, which accounted for 60% of Russian production, are the Volga, Central and southern Federal districts.

But, even occupying places in the top ten world producers, Russia according to expert estimates, lags behind the advanced countries for at least 40 years. Due to the backwardness of the yield losses reach 30%, only 2% of all farmland are processed in samlesbury technologies, the unit cost of electricity is several times higher than in Europe and the United States.

According to those of the world's leading experts in Russian agriculture there are a number of problems to overcome underdevelopment should be addressed.

Financing and high interest rates on the loan. The level of state financing of the Russian agricultural sector is significantly lower than the European average. But even those means which the limit under WTO rules do not reach a bona fide Russian farmers and used inefficiently. Banks, in turn, are not ready to lower interest on loans because they do not believe in their return, because agriculture has not ended the redistribution of property, prosper, direct takeovers, acquisitions, and deliberate bankruptcy.

Human factors and social issues. It often happens that in the same climate zone and region, some farms are thriving, while others are on the verge of bankruptcy. This issue concerns the area of knowledge and competence management, not all managers strive for efficiency and have the necessary knowledge. Social problems of the villagers also dare not everywhere. Some of the large agroholdings are not interested in improving social conditions and prosperity of the village, acting as real "sharks of capitalism", they are investing only in production. The state provides funds only for the essential and emergency needs, of which it is impossible to find anything for housing construction and improvement of life.

Climate. In Russia only 30% of the land in the strip are relatively favorable and predictable climate in which it is possible to maintain virtually risk-free agriculture. Even the Northern countries of Western Europe have a more stable and favorable climatic conditions. In this regard, the Russian domestic market is not protected from supply of agricultural products at dumping prices which is bad for the domestic agriculture.
Is the advice useful?
Подписывайтесь на наш канал