"Mukaltin" is expectorant. The drug helps to cope with cough, reduces its intensity, anti-inflammatory, enveloping effect. 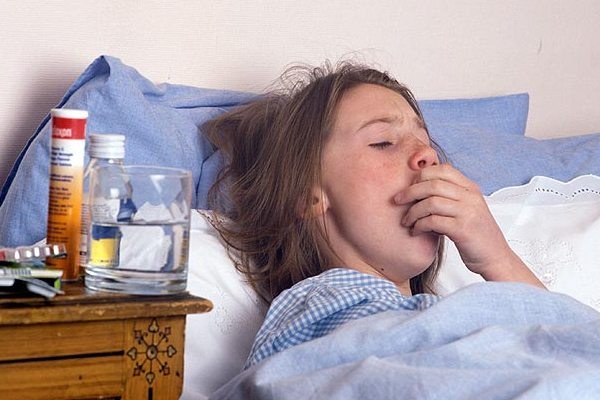 "Mukaltin" is used in acute respiratory diseases, accompanied by the separation of viscous and dense sputum (pneumoconiosis, pneumonia, bronchiectasis, laryngitis, chronic obstructive pulmonary disease, pharyngitis, lung enfizem, bronchial asthma, bronchitis and others). The drug is also prescribed for the cough of unclear origin, and also in cases when the patient becomes difficult to cough the phlegm. In addition to expectorant action, the drug prevents inflammation in the bronchi due to accumulation of phlegm. Dry cough if in the bronchi is no secret, "Mukaltin" can not help.

The active ingredient of Mukaltin – marshmallow extract, an auxiliary substance is sodium bicarbonate. Marshmallow is a plant which used in folk and official medicine for the treatment of cough. Sodium hydrogen slightly increases bronchial secretion and liquefies sputum. The drug increases the secretion of mucus, promotes its liquefaction and excretion. Since the product is plant extract, "Mukaltin" permitted to take while breastfeeding, pregnancy.

Adults and children twelve years appoint 50-100 mg of the drug three to four times a day, means to take food, drinking plenty of water. For children medication can be pre-dissolved in warm water. Children under 12 years need to give one tablet three to four times a day. Last admission funds should be a few hours before bedtime. The duration of treatment is determined individually. As a rule, "Mukaltin" accept until the mucus starts to move, i.e., within one to two weeks. In pregnancy, the tool used in the indicated dosages for adults.

Side effects, contraindications to the appointment of "Mukaltin"

"Mukaltin" may cause allergic reactions (itching, anaphylactic shock, angioedema, urticaria), headache, fever, vomiting, nausea, heartburn, diarrhea. The appearance of side effects should stop the drug. "Mukaltin" contraindicated in children up to 3 years, thrombophlebitis, ulcerative gastrointestinal disease, severe renal disease, thrombosis, congenital fructose intolerance, diabetes, phenylketonuria, a syndrome of malabsorption galactose-glucose, hypersensitivity to the agent. Do not use the medicine simultaneously with the means of affecting the cough center in particular, with those containing codeine. In this case, the expectoration may be difficult, and caused cough underlying disease may be exacerbated.
Is the advice useful?
See also
Присоединяйтесь к нам
New advices