Why is South pole colder than the North?

The two opposite ends of earth's axis — the North and South poles — are among the coldest places on the planet. Although both points receive a minimal amount of heat at the South pole the temperature is much lower than in the North. 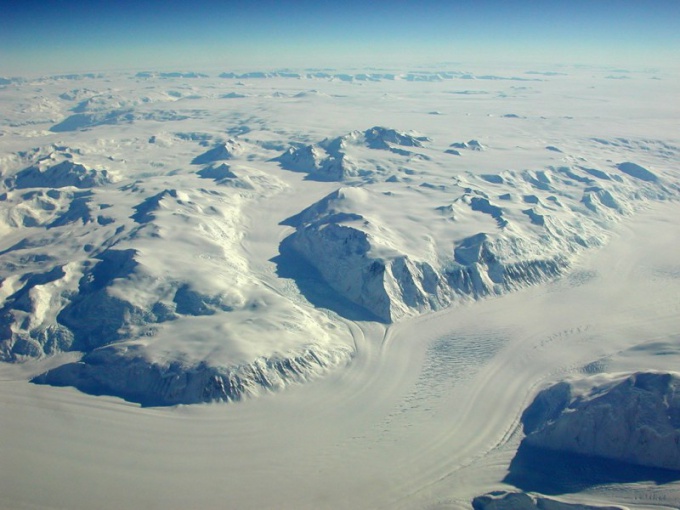 Climatic features of the North pole

Geographic North pole is in the Arctic at a distance of 1370 km from Cape Chelyuskin, the northernmost point of the Eurasian continent. At this point, the depth of the Arctic ocean is about 4080 m, and its surface is covered with drifting sea ice with a thickness of about 3 m.

The temperature at the North pole in winter varies from -43оС to -26oC, average -34оС. Summer, from June to August, the average temperature is kept at around 0oC. Because salty ocean water has a lower freezing temperature than fresh, in this warm climate, the ice begins to melt. From late March to late September the sun is over the North pole never sets. The remaining six months, the region is in complete darkness.

What is the climate at the South pole

The geographic South pole is located on the continent of Antarctica in the Antarctic and distant from the South American Cape horn to 3734 km away. At this point, the thickness of the ice sheet is 2,700 m, and the height above sea level of about 2830 m.

From June to August, which are winter months in the southern hemisphere, the temperature at the South pole remains stable at about -65oC. Spring and autumn are warmer than about -45 ° C, in summer the thermometer shows -25. In this place the sun shines continuously for six months (only since the end of September to end of March), and the same time is hidden behind the horizon.

What factors influence the temperature difference at the poles

Both polar regions receive much less solar energy than the tropics and middle latitudes. The sun at the poles never rises above the horizon more than 23.5 degrees, and most of the sunlight reflected from the white surface. Still temperature at the South pole average 30 ° C lower than in the North.

Antarctica — the highest continent on earth.

An important role is played by the ability of sea water to act as an insulator, absorbing the sun's heat from the atmosphere in summer and warming cold air in winter. Ocean currents and strong winds lead to the movement of the ice cover of the Arctic ocean. This movement causes the formation of large cracks that allows ocean heat to penetrate the atmosphere. At the South pole there is no such an effective heat reservoir. Underneath the ice, which is colder than the ocean water and continental land contribute to a more cold climate than to the opposite pole.
Is the advice useful?
Присоединяйтесь к нам
New advices