What planet is the coldest

Currently, the "possibility" of space not yet fully investigated, so it is difficult to say which of the coldest planets of the Universe. However, scientists already know for sure that the lowest temperature in the Solar system are present on the Uranium. But what is it? 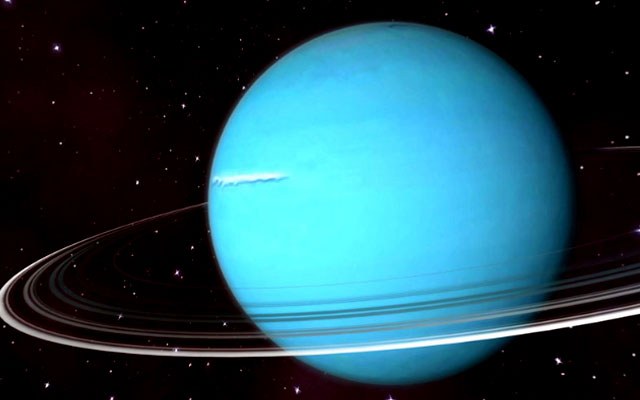 Related articles:
Instruction
1
Uranus is the seventh farthest planet from the Sun, which was opened on March 13, 1781 by astronomer William Herschel. He became the first in the so-called modern times found using a telescope celestial bodies, and was in the late 18th century, an important step in expanding ideas about the boundaries of the Solar system in the eyes of mankind. Previously, astronomers took Uranus, seen at certain times of the year to the naked eye, a dim star. The basis of this planet is the combination of hydrogen and helium. A large amount of ice on the surface and in the depths of Uranus also became the reason of ascribing it to the so-called "ice giants".
2
The distance separating the Uranium from the Sun – 2 870,4 million kilometers, and the lowest temperature recorded on the planet's surface – minus 224 degrees Celsius. While the average is – 208-212 degrees Celsius.
3
It is logical that the temperature of the Uranium due to its distance from the Sun, Uranus and receives much less than mercury, Venus, Earth, Mars, Jupiter and Saturn, the amount of solar energy. But the seventh planet is even more remote Neptune. So why isn't it colder? The thing is that the other bodies of the Solar system have a less glowing core, and the temperature of the center of Uranium – 737 only 4 degrees Celsius, which, for example, five times less than Jupiter. With Neptune the situation is largely similar: it is also fairly cold but with a maximum reading of minus 218 degrees Celsius when the core temperature of 7,000 degrees.
4
Unlike Saturn and Jupiter, Uranus, consisting of helium and hydrogen, no so-called metal version of hydrogen, but also many high temperature ice modifications. It affects the temperature of Uranium and the presence of a complex structure of clouds with methane in the upper layer and water in the bottom. Thus, the considered structure of the planet are ice blocks and rocks.
5
Interesting and a strong deviation of Uranus from the plane of the Ecliptic (about 99 degrees), which distinguishes a planet from other bodies in the Solar system. Thus, it is as if "lying on its side" and it revolves around the Sun. This fact influences the change of seasons on Uranus: the planet turns completely around the sun in 84 earth years, so 42 years one of its poles is heated by solar energy and the other the same for 42 years in the shadows. Scientists-astronomers believe that this fact also has an impact on the fact that the Uranium was thus the "ice giant".
Is the advice useful?
Присоединяйтесь к нам
New advices