In Russia, where the temperatures are lower

The existence in Russia of such places where the temperature falls below 60 degrees Celsius, it seems unlikely for inhabitants of the middle and southern latitudes. But in Yakutsk, Verkhoyansk, Oymyakon people live and work, who are accustomed to such weather, and for them it is quite comfortable. 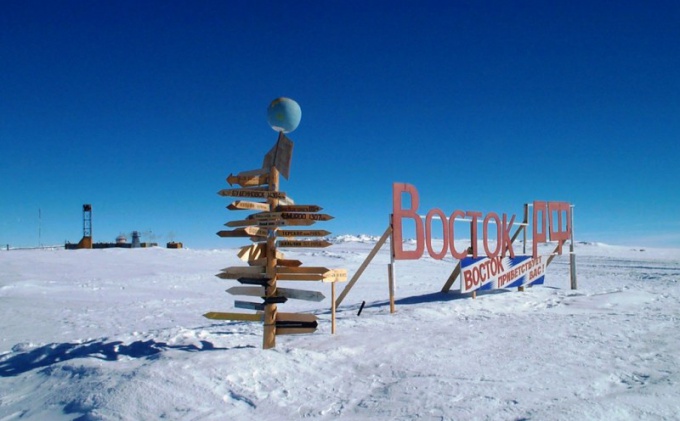 Related articles:
Many foreigners, arriving in Russia, for example, in Moscow or Belgorod, genuinely surprised that the winter here is not so fierce. The stereotype created by the media, is crumbling. But these cities – not the entire country, and actually in Russia, a lot of places where the temperature drops significantly below 0 degrees. And in these harsh conditions of eternal winter people live and work.

The coldest place in Russia

Research station Vostok, located in Antarctica, the coldest place not only Russia but the entire planet, was founded in 1957. Opening day and became the warmest for all history of observations – the temperature was then -13,6°C. the coldest recorded temperature is -89,2 °C.


Interestingly, the territory on which the station "Vostok", it is logical to name the largest desert in the world, because precipitation there is almost no.

The city of Yakutsk, Republic of Sakha, Yakutia, with the largest population of all the settlements located in the North-East of the country, is the coldest city on earth. In January the average temperature is -41°C. the coldest day in the history of observations was recorded in 1946, when it was -64°C. Saves local residents that the cold here is transferred easily enough.

Verkhoyansk and Oymyakon – two settlements of Yakutia with hard frosty climate. Record low temperatures in the first of them was -67,1°C, and the second and below -71,2°C. the Villages are recessed in a niche between the mountains, where the icy air, which explains the strong frosts.

Oddly enough, but summer in the Verkhoyansk and Oymyakon more than hot in 2010 was recorded a temperature of 37.3°C and +34.6 °C, respectively.

Of the many Russian seas and the coldest is East Siberian sea located in the basin of the Arctic Ocean. Water temperature in summer that in winter it is not more than -1,8 °C Almost year-round sea covered with drift ice, the thickness of which is several meters.

The coldest place in the world, not owned by Russia

Of foreign properties with constantly low temperatures, the coldest place is Greenland, a state-owned Denmark. Island with an area of more than 2 million square meters, is located in the waters of the Arctic and Atlantic oceans. The average winter temperature is -47°C, and minus a record recorded in 1954 (-66°C).
Is the advice useful?
See also
Присоединяйтесь к нам
New advices