Oymyakon - the coldest place in the world

Oymyakon – the world famous small Yakut village, which is considered the coldest inhabited planet. This truly unusual place, which is becoming increasingly popular with tourists from all over the world. 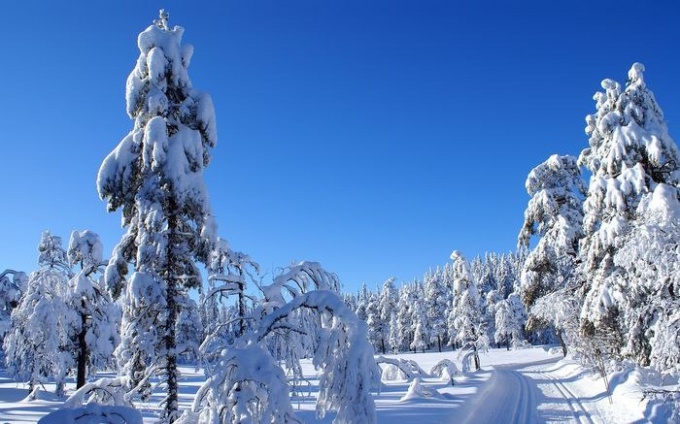 The pole of cold

The village of Oymyakon is a landmark of Yakutia. It is at an altitude of 740 meters above sea level, but is at the same time in a kind of basin, where the winter cold air accumulates. Wind in the village does not happen, however, according to local residents, standing much stronger cold penetrates to the bone.

According to various measurements, the minimum temperature in the village is from minus 78 to 82оС! Meteorologists are constantly arguing about which point of Yakutia is considered the Northern pole of cold: Oymyakon or Verkhoyansk. According to the latest data, the absolute annual minimum in Oymyakon almost + 4oC lower than in Verhojansk.

The temperature difference in winter and summer reaches 104 degrees. According to this indicator, ahead of only the Oymyakon Verkhoyansk. The highest temperature in the village was recorded in the summer of 2010. She was almost +35oC. Oymyakon summer features huge temperature difference: in the afternoon the thermometer can be +30 ° C, and at night – below zero. Almost 230 days a year in Oymyakon is snow.

The duration of the shortest day in December is just three hours. But in the summer in Oymyakon are white nights – in the street light round the clock.

The Population Of Oymyakon

The village is home to 520 people. Local residents are engaged in cattle breeding, fishing and reindeer herding. Despite the bitter cold, people live quite a normal life. The village has cell phones, Internet, shops, hospital, school, gas station and even the airport, which was built in the years of the great Patriotic war. Prices in the shops of Oymyakon is significantly higher than in the same Moscow.

Tourism in this village has recently developed rapidly. Foreigners and Russians beckon local museums, nearby Gulag camps, lake labynkyr, Moltensky rock and, of course, bitter cold. The nature of Oymyakon is truly unique. There are streams that do not freeze even when the air temperature is minus 70 ° C, and ice, thawing in the heat of 30°.

Every spring in Ojmjakon the festival, which attracts Santas from around the world. It traditionally attracts crowds of tourists. The last is recommended to dress very warm, could use hats with earflaps, padded trousers, fur sweaters, boots made of reindeer fur and scarf that you can wrap face.

Locals claim that in the bitter cold, if you hit hard metal on metal, a spark. That's why Oymyakon is extremely dangerous to pump gas.

Local police have no batons, as bitter cold they harden and treacherously burst upon impact like glass.

The residents of Oymyakon tolerate wet sheets outside only wynorski and not dry. A minute later it gets a stake.

Training in the local schools are cancelled only when the temperature is lowered to minus 56оС.

Of all the animals of the local cold is able to move only horses, dogs and reindeer.
Is the advice useful?
Присоединяйтесь к нам
New advices