How to preserve cucumbers with aspirin

Canned cucumbers with aspirin are unusually tasty, flavorful and crispy. Banks with them does not explode and is able to stand for many years. While their taste with time improve. 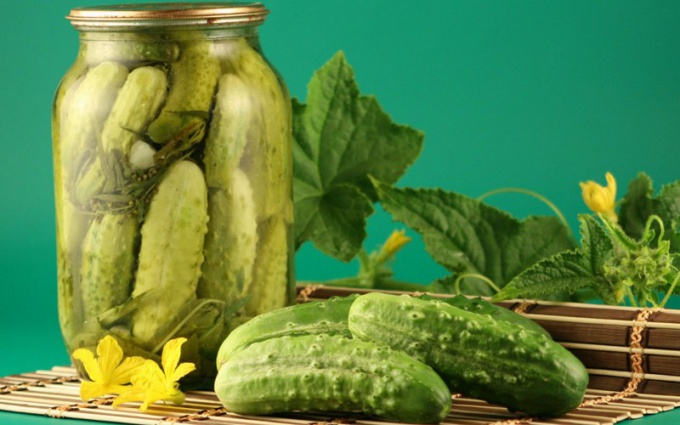 Related articles:
There are several recipes for cucumbers with aspirin. Each of them implies the use of elastic and sturdy cucumbers of the same size. It is desirable that they were from the garden if vegetables bought in the market, before use they definitely need to be soaked in water for 4-5 hours.

Take the jars and sterilize them. Boil lids in a pot of water for 5-10 minutes. Then start to put spices in the jar. Distribute them evenly.

Wash cucumbers thoroughly, all those that have damage or decay should be set aside. Place the vegetables can be vertically or horizontally. They laid out the parsley, dill and Laurel. Then added the garlic, which is previously cleaned from the husk and rind. On top of everything laid out to flow hell.

Start cooking the marinade. Take hot water and dissolve salt in it, put it on the fire and boil for 5 minutes. Then pour the marinade on the banks. Each of them is put one tablet of aspirin. Leave pickle jars for 10-15 minutes, and then start them spinning. After that we will need to put their roofs down on the floor and cover with a warm blanket. After a few days the banks can be removed to the cellar or pantry.

Rinse the cucumbers and spices, sterilize the jars and boil the lids. Start to lay the cucumbers and herbs. Then fill with boiling water for 5 minutes and drain the liquid. Start to cook the marinade from sugar, hot water and salt. Mix these components and withstand the heat for 5-7 minutes. At the end of it add the vinegar and proceed with the distribution of the marinade on the banks. Then need to put aspirin and you can start to roll the cucumbers. Be sure upon completion of this procedure will need to shake the jars to all tablets of acetylsalicylic acid in them is thoroughly dissolved. Canned food will need to leave for a few days in the room, and then you can remove the cellar or basement.
Is the advice useful?
See also
Подписывайтесь на наш канал