Where on earth did the water

The origin of the water on the blue planet remains an Enigma for all mankind, as the origin of the planet Earth. Still, the debate continues among scientists around the world working in this area. 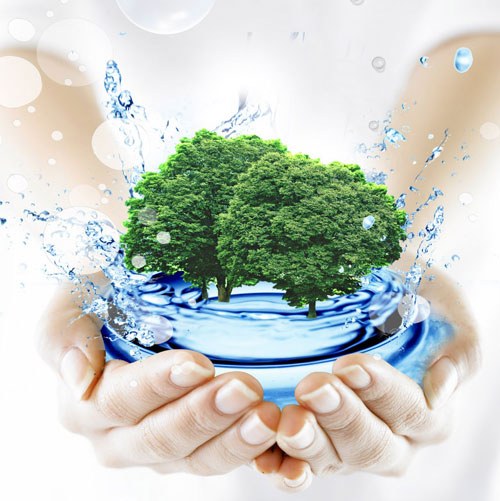 Related articles:
There are several fundamentally different from each other assumptions that have divided scientists into two camps, some are supporters of a meteor or "cold" origin of the earth, while others prove the opposite "hot" origin of the world. First suppose that the Earth was originally a large solid cold meteorite, the latter argue that the planet was hot and very dry. Undeniable is the fact that a vital element like water, appeared on Earth in the stage of formation of the blue planet, that is, long before the advent of man.

The hypothesis of "cold" origin of the planet

According to the hypothesis of "cold" origin of the earth in the beginning was cold. In the future, due to the decay of radioactive elements in the interior of the planet began to warm up, and that was the reason for volcanic activity. Spewing lava carried on the surface of various gases and water vapor. In the future, with the gradual cooling of the atmosphere was the condensation of the water vapor that led to a huge amount of precipitation. Continuous rains for millennia, at the initial stage of planet formation were the source of the water filling the ocean basin, and formed the oceans.

The hypothesis of a hot origin of the planet

The majority of scholars, who puts forward the hypothesis of a hot origin of the Earth, not associated with the appearance of water on the planet with the cosmos. Scientists have suggested that the structure of the planet Earth were hydrogen formations, which later entered into a chemical reaction with oxygen that was in the land of the mantle at the initial stage of formation. The result of this interaction was the emergence of a huge amount of water on the planet.

However, some scientists do not exclude the participation of asteroids and comets to create a water space in the vast territory of the earth. They suggest that due to continuous attacks by large comets and asteroids that carried the water reserves in the form of liquid, ice and steam, there was a huge body of water, filling a large part of the planet Earth.

At all times people wanted to know how a planet like Earth. Despite the fact that there are many hypotheses, the question of the origin of water on our planet remains open.
Is the advice useful?
Присоединяйтесь к нам
New advices