How to cook lentils

Lentils are a good source of protein and is equivalent in its nutritional properties to meat. It is rich in amino acids, vitamins and minerals. Besides, lentils are virtually fat-free. This environmentally friendly product is tasty and healthy and unlike other beans, prepared relatively quickly. 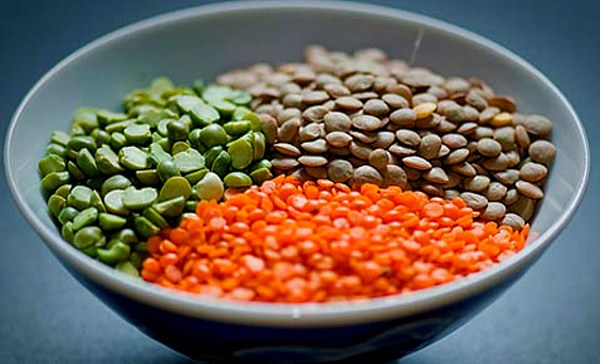 The secrets of cooking lentils

There are many varieties of lentils, but from the variety of the most popular French green lentils, brown and red Egyptian. The cooking time of lentils will depend on its variety. The longest is preparing the green, it holds its shape well and not fall apart, brown is brewed much faster, and if overtime on fire, can turn into a mess, red – perfect for mashing.

Prior to cooking the lentils soaking is not necessary, but it must be thoroughly washed under running cold water and put in already boiling water. Usually take 1 part legumes with 2 parts of water. Preparing the lentils on low heat from 15 to 45 minutes (time depends on the type of lentils). Periodically it is necessary to stir. Because salt slows the cooking process, adding it should be full shortly before the lentils are tender, about 5-7 minutes. The same applies to tomatoes.

In addition to salt to the lentils, you can put different spices and herbs: Bay leaf, rosemary, sage, cloves, celery, garlic. It will give the dish the extra flavors. To the beans turned out soft and tender during cooking should be poured into the water a half tablespoon of olive oil.

Lentils rinse well. In a saucepan, pour cold water and boil, then put the lentils and cook it on low heat. Onion peel and cut into small cubes, carrots and celery peel and grate on a coarse grater, and bell pepper – julienne. Then fry the vegetables in vegetable oil. After about thirty minutes after the start of cooking, add the lentils to the sauteed vegetables and season with salt. When necessary, dilute with preparing the broth boiling water to the consistency of soup and boil the lentils until cooked, about 10 minutes. At the end add the chopped garlic cloves, Basil and marjoram, and purified from the skin and diced tomatoes. Boil all together for 5 minutes. Before serving, sprinkle a mess of pottage parsley, cook separately and serve croutons of rye bread.
Is the advice useful?
Присоединяйтесь к нам
New advices