How to remove air lock in the cooling system

To resolve the problem in the old car just enough to put his nose up. When working with modern cars need to depressurize the coolant system by loosening the inlet fitting on the cooler, providing the output of the antifreeze along with the air. 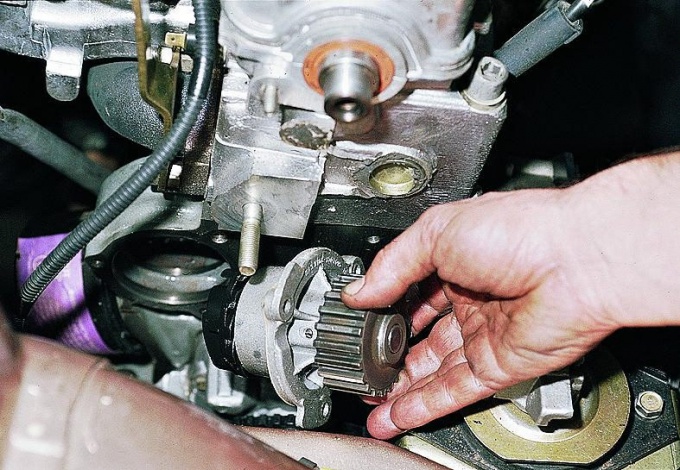 Related articles:
You will need
Instruction
1
Air lock in the cooling system of the "iron horse" can cause many problems, such as malfunction of the engine, the bubbling, overheating of the nodes, incorrect sensor readings, weak cabin heating, thermostat failure, and other. But before you start to troubleshoot this problem, it is necessary to exclude other more serious causes that could lead to failure of the cooling system of the car. We are talking about mechanical kinks and clogging of the system, scrolling, deformation or breakage of the impeller on the shaft, reducing the performance of the pump, the partial opening of the thermostat, and others.
2
The process of removing the tube depends largely on the brand of car. On the pipe that leads to the stove, as a rule, there is a special threaded tube. If to start the engine when slightly unscrewed, the tube, the air from the system will begin to emerge. But the problem is that it's hard to do on the old cars. So you can try to remove the air tube through the highest point of the cooling system. This car must be installed on the pier nose up and start the engine. After a while the tube will come out through the radiator.
3
To achieve this effect with modern cars, not just set it on the trestle bridge nose up. Still need to break the pressurization system. To do this, the exhaust pipe on the fitting of the cooler is attenuated until, while pouring the antifreeze does not contain air bubbles.
4
You can go the other way: remove the engine plastic screen, release the clamp and withdraw the tube from the heated throttle node. Remove the surge tank cap, cover the mouth with a clean cloth and blow it so out of the broken pipe poured antifreeze. The final step quickly to put the tube on fitting and tighten clamp. You can then return to the place plastic screen.
5
You can try to remove the air tube universal method: for this machine you need to install the nose up, add coolant up to the upper line of the surge tank, remove the screw on the radiator and turn on the oven in the cabin at maximum. One person needs to sit behind the wheel and occasionally slightly gazovat, waiting, when out of the oven goes the hot air. The second drain until then, until it ceases to bubble. Only then in the tank you can top up the missing amount of fluid and replace the cap.
Useful advice
Before attempting this problem, you must ensure that there is no mechanical break and clogging of the system, creep, deformation or breakage of the impeller on the shaft.
Is the advice useful?
See also
Присоединяйтесь к нам
New advices