How to remove the air tube in vases

The reasons for the formation of air pockets in the cooling system of the engine there are at least three: the first is the replacement of antifreeze, the second is the overheating of the motor and the third leakage of the joints of the pipes. But in any case the circulation of the liquid needs to be restored, otherwise to travel by car will be impossible. 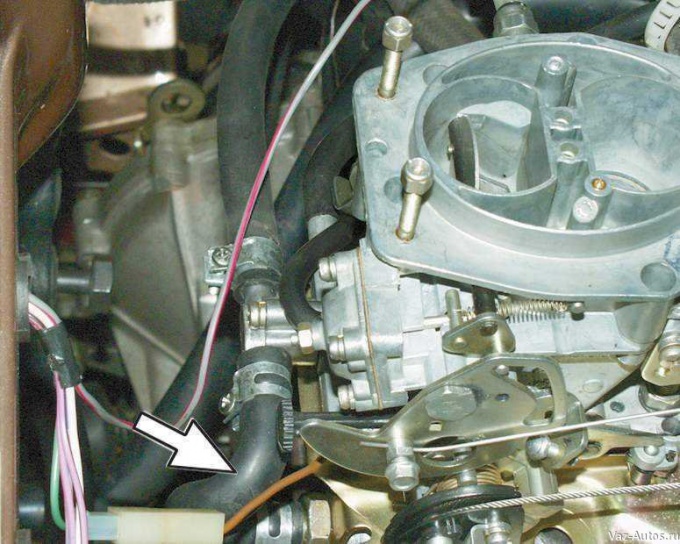 Related articles:
You will need
Instruction
1
The laws of physics the air, standing out from the liquid environment, always striving upwards. So it will accumulate at the highest point of the cooling system of any engine, creating a tube, regardless of brand car manufacturer. And before the procedure to remove it and restore the circulation process in the water jacket, these places we want to determine.
2
In cars of the Volga car with rear wheel drive air accumulates in the radiator of the heater and the manifold. And if the water pump of the cooling system could not push through the tube antifreeze, the pump needs help.
3
To restore circulation of fluid in the water jacket:
- remove the cap from the expansion tank,
- fully open the heater valve interior,
- run, and after a minute switch off the engine;
- a screwdriver to loosen the clamp on the upper radiator hose heater,
- slide the nozzle arm and, releasing air from the stove, again put it into place, then tighten the clamp there;
- using a screwdriver, loosen the clamp on the rubber hose attached to the nipple of the intake manifold, below the carburetor;
- let the air out by sliding the hose, and from it will flow out, restore the connection in this place.
4
In front-wheel drive cars of Togliatti production, equipped with injection engines, for removing the plugs from the cooling system, it is sufficient to disconnect the branch pipe from throttle knot and release the air.
5
Pour antifreeze in expansion tank, close it with a lid and start the engine. Repeatedly press on the accelerator pedal, increasing the rpm, then allow machine to run for ten minutes at idle. Warm the motor to operating temperature and verify the restoration of circulation in the cooling system. To do this, you can turn on the heater fan. If the airflow is hot – the task is completed.
Is the advice useful?
See also
Подписывайтесь на наш канал