How to sterilize a jar: the best ways

Despite the wide range of fruit and vegetable products on the shelves, many Housewives make preparations for the winter home. In this case it is important to carry out the process of sterilizing jars for canning. Sterilization is called heat treatment of cans during which kills germs. To hold it in several ways. 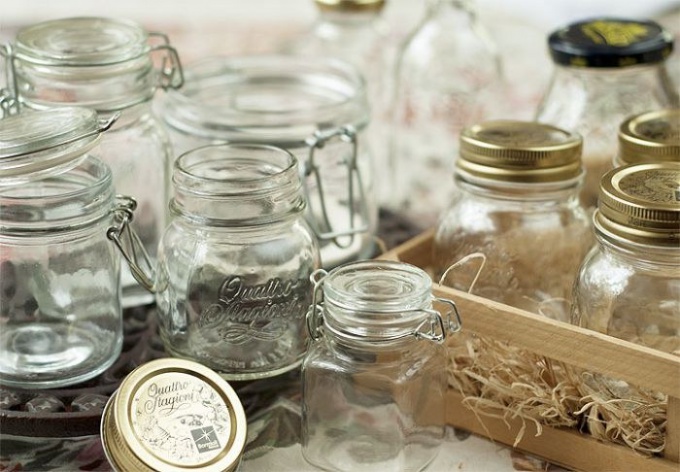 Before sterilization is necessary to browse all the banks for a variety of defects (chips and cracks). Selected for preservation banks should clean wash. Sterilize the containers in various ways.

The most common method is for a couple. The essence of the process lies in the fact that the steam formed when the water is boiling, heats the banks. For this method you will need a big pan, bowl or bucket. In container you need to pour clean water and put it on the fire. Top should put a special delimiter, which does not allow the Bank to fall into the container. The role of the limiter can play a metal sieve and grid from the oven. Then on the Rev limiter, it is necessary to place the canister upside down. Boil, the water will be to rinse container steam. The sterilization process lasts for about 15 minutes until deposited on the walls of banks drops start to drain. This method of sterilization is considered the most reliable.

When sterilizing jars for a couple, one must be cautious. Hot steam can burn your hands.

The second traditional way of sterilization is boiling. This process is carried out at 100 ° C and above. In a big pot, you must put a wooden or metal grate, which must be set by the banks. Subsequently, they should pour water. It should completely cover the containers. During boiling, the banks should not come into contact with each other, so between them it is recommended to lay a nylon cover or fabric. Boil for banks should also 15 minutes, and then immediately, without waiting for cool water, remove from the pan.

The appearance in the kitchen of various "household helpers" suggested new methods of sterilization. For example, in a double boiler. For him you just have to download clean banks in a steamer and turn on the 15 minute mode of "Cooking". At the same time with banks can sterilize the lid.

Very fast cans are sterilized in a microwave oven. In this method, it is necessary to pour into the container about a centimeter of water, put in microwave and incorporate it for 2-3 minutes (with a capacity of 700-800 watts). If in the microwave at the same time set a few cans for sterilization, time should be increased. With this method, a cover is recommended to be sterilized separately, i.e. in the traditional way – in the water.

Also sterilize jars in the oven. For this it is necessary to wash the containers and immediately place in oven. Sterilization occurs at a temperature 160оС as long as water droplets do not dry out completely.

In the oven you can simultaneously sterilize up to 20 cans, which is very practical.

To sterilize jars in the microwave oven, you need to download a clean container and then set the mode to the highest temperature (it should not be lower than 60oC). During sterilization powder, and other tools in the dishwasher are placed.
Is the advice useful?
Подписывайтесь на наш канал