How to solve quadratic equations

The knowledge of how to solve quadratic equations, it is necessary and pupils and students, sometimes it can help adults in everyday life. There are several specific methods of solutions. 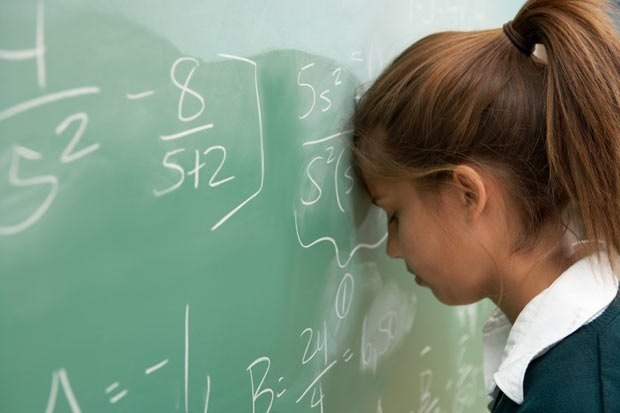 The solution of quadratic equations

A quadratic equation is called an equation of the form a*x^2+b*x+c=0. The factor x is the output variable, a, b, c - numerical coefficients. Remember that the "+" sign changes to a minus sign.

In order to solve this equation, you must use the theorem of vieta or to find the discriminant. The most common method is finding the discriminant, since some values of a, b, c to use the vieta theorem is not possible.

To find the discriminant (D), it is necessary to write down the formula D=b^2 - 4*a*c. The value of D may be greater than, less than or equal to zero. If D is greater than or less than zero, the root is two if D=0, then there is only one root, the more accurately we can say that D in this case has two equal roots. Substitute the known coefficients a, b, c in the formula and calculate the value.

Once you have found the discriminant to find x, use the formulas: x(1) = (- b+sqrt{D})/2*a; x(2) = (- b-sqrt{D})/2*a, where sqrt is a function, meaning the square root of this number. Considering these expressions, you will find two roots of your equation, then the equation is considered solved.

If D is less than zero, he still has roots. In school this topic is almost not studied. Students should be aware that there is a negative number under the root. Get rid of him highlighting the imaginary part, i.e. -1 under the root is always imaginary element "i" which is multiplied by the root of the same positive number. For example, if D=sqrt{-20}, after the transformation, we obtain D=sqrt{20}*i. After this transformation, the solution equation is reduced to the same finding the roots as described above.

Vieta theorem consists in choosing the values x(1) and x(2). Use two identical equations: x(1) + x(2)= -b; x(1)*x(2)=C. Moreover, a very important point is the sign of the coefficient b, remember that this sign is opposite to that which is in the equation. At first glance it seems that to compute x(1) and x(2) is very simple, but the decision you will be faced with the fact that the numbers have to pick up.

The elements of the solution of quadratic equations

According to the rules of mathematics, some quadratic equations to factorize: (a+x(1))*(b-x(2))=0, if you through the math formulas failed to convert in a similar way, given a quadratic equation, then go ahead and write down the answer. x(1) and x(2) are equal adjacent odds in brackets, but with the opposite sign.

Also do not forget the incomplete quadratic equation. You may be missing some of the components, if so, then all of its coefficients equal to zero. If the x^2 or x is worth nothing, then the coefficients a and b equal to 1.
Is the advice useful?
See also
Присоединяйтесь к нам
New advices