How to solve equations to the fourth power

Having mastered the methods of finding solutions in the case of square equations, students are challenged to rise to a higher degree. However, this transition does not always seem easy, and the requirement to find roots in an equation of the fourth degree sometimes becomes a daunting task. 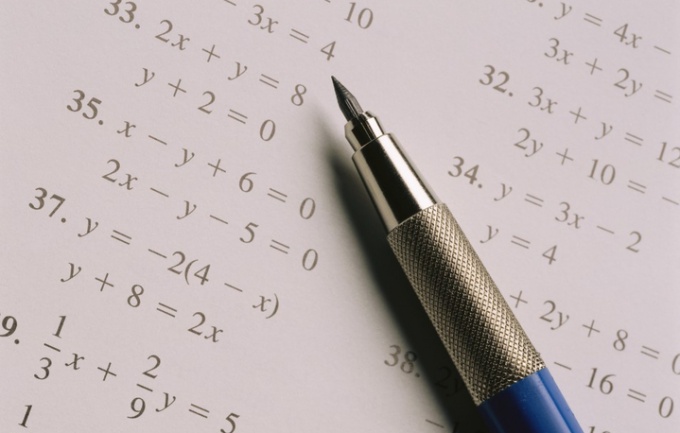 Related articles:
Instruction
1
Apply the formula of vieta, which establishes the relationship between the roots of the equation in the fourth degree and its coefficients. Under its provisions, the sum of the roots gives a value equal to the ratio of the first ratio to the second, taken with the opposite sign. The numbering coincides with the descending order of the degrees: the first corresponds to the maximum degree, the fourth is minimum. The sum of the pairwise products of the roots is the ratio of the third coefficient to the first. Accordingly, the amount consists of works х1х2х3, х1х3х4, х1х2х4, х2х3х4 is a value equal to the opposite of the result of dividing the coefficient of the fourth to the first. And multiplying all four roots, you will receive a number equal to the ratio of the free term of the equation to the coefficient standing in front of variable to maximum extent. Designed so four equations give you a system with four unknowns, which is sufficient basic skills.
2
Check whether your expression to one of the types of equations of the fourth degree, called "easy to solve": biquadratic or return. First turn it into a quadratic equation, making a change of parameters and denoting the squared unknown variable through another.
3
Use the standard algorithm for solving recurrent equations of the fourth degree, in which standing on symmetric positions of the coefficients are the same. For the first step, divide both sides of equation by the square of the desired unknown variable. The obtained expression convert so that you can make a change of variable that transforms the initial equation in a square. To do this, your equation should remain the three terms, two of which contain the expression with the unknown: the first – the sum of its square and the inverse of the second sum of the variable and its reciprocal.
Is the advice useful?
See also
Присоединяйтесь к нам
New advices