How to weave a whip

Long ropes, whips, whips, whip, whips were used by shepherds to control the herd, hunters - to finish the game and to control the dog. Cossacks whip was a symbol of power and dignity, the sign of Eiolca. In the early twentieth century in Russia, the whip has become a symbol of oppression, because with it, the Cossacks are very often dispersed demonstrations and rallies. Today, the whip is a tool for self-defense, which can be made with your own hands. 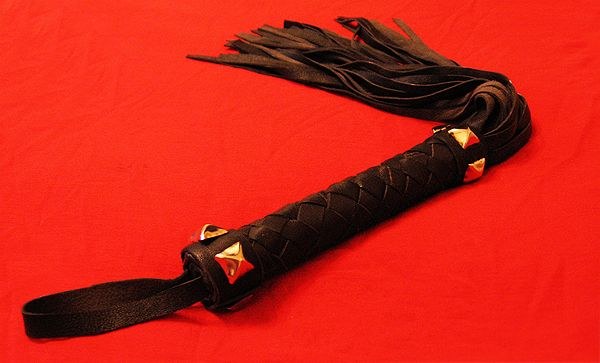 Related articles:
You will need
Instruction
1
For the manufacture of whips take high-quality beef skin because it is soft and elastic it will be easy to work, or boot from old leather boots. You can use rawhide, just soak it beforehand castor oil, or goose fat, tar. If the skin does not soak, she after some time dries and breaks down. The use of such troublesome skin, so it is better to use leather tanned in the modern world. The product made it practical and durable.
2
Top to bottom, cut the skin into strips so that the bottom they sauromalus, for getting the taper ready lashes. Bands may be from six to twelve. Remember the more, the scourge get a stronger and tighter.
3
As the core of the whip – Fitna, it is better to take a nylon cord – rope, the diameter of which may be from 8 to 15 mm, since it is more elastic and stronger than Vytenis from the skin. Ematite sling tape on the handle. The skin, which will weave Vytenis secure on its base and sew in place attachment. Close this place appetite with fringe and leather belts.
4
For the manufacture of whip without Vytenis use the main options of weaving as a "snake", cosoveni and rhombic. The most popular is "snake" weaving.
5
To weave a standard quality whip, take eight strips of leather. For more durable lashes, use a ten or twelve bands, but note that this more complicated technique of weaving and increase costs to the time of its manufacture.
6
The end of the lashes can be done with the slap. To make a slap in the form of a leaf or drops, stitch the two halves of the skin. Inside this "pocket" to enhance the effectiveness of the blow put a piece of lead or bullet.
7
The end of the lashes can make a faceted hub, which will be much stronger slap stitched and will not fall apart upon impact on a rigid surface.
Is the advice useful?
See also
Присоединяйтесь к нам
New advices