How to determine polarity of molecules

The polarity of the molecules is asymmetric distribution of electron density resulting from the different electronegativity of the elements included in the composition of the molecules. In other words, when one member would like attracts electron of another, along an invisible axis joining the centers of atoms. How can you determine whether a molecule is polar? 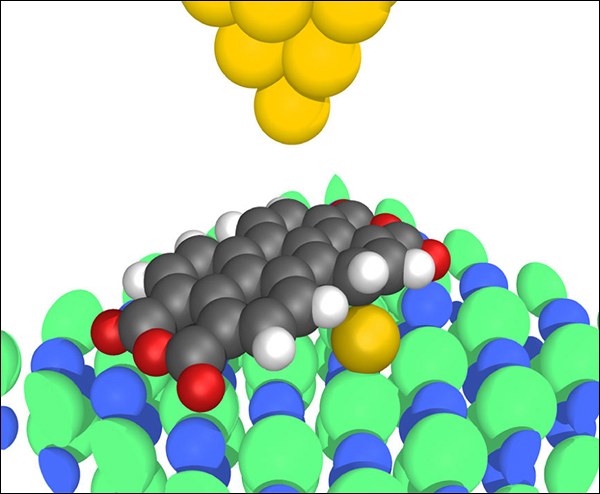 Related articles:
Instruction
1
First look at the formula of the molecule. It is easy to understand that if it is formed by atoms of the same element (e.g., N2, O2, Cl2, etc.), it is non-polar because the electronegativity of the same atoms is also the same. Therefore, the displacement of the electron density to one of them in this case can not be.
2
If the molecules consist of different atoms, then there must submit its structural form. It can be both symmetrical and asymmetrical.
3
In that case, if the molecule is symmetrical (e.g., CO2, CH4, BF3, etc.), the molecule is nonpolar; if it is asymmetric (due to the presence of unpaired electrons or lone pairs of electrons), this molecule is polar. Typical examples are H2O, NH3, SO2.
4
And what about in cases where in a symmetrical non-polar molecule from one side of the atoms is replaced by any other atom? Take, for example, a molecule of methane, the structural form representing a tetrahedron. It is a symmetrical figure and, it would seem that its non-polarity should not be changed, because the plane still passes through the Central carbon atom and the atom that has replaced hydrogen.
5
Because the electronegativity of the element-"substitute", differs from the electronegativity of hydrogen in the molecule, the redistribution of the electron density and, accordingly, will change its geometrical form. Therefore, such a molecule will be polar. Typical examples: СН3Cl (harmatan), CH2Cl2 (dichloromethane), CHCl3 (trichloromethane, chloroform).
6
Well, if the last hydrogen atom will also be replaced by chlorine, the resulting carbon tetrachloride (carbon tetrachloride) will again be a symmetric nonpolar molecule! The greater the difference in electronegativity of elements comprising the asymmetric molecule, the more polar will be the bond between these elements (and, accordingly, the molecule).
Is the advice useful?
See also
Подписывайтесь на наш канал