What are the first signs of a heart attack 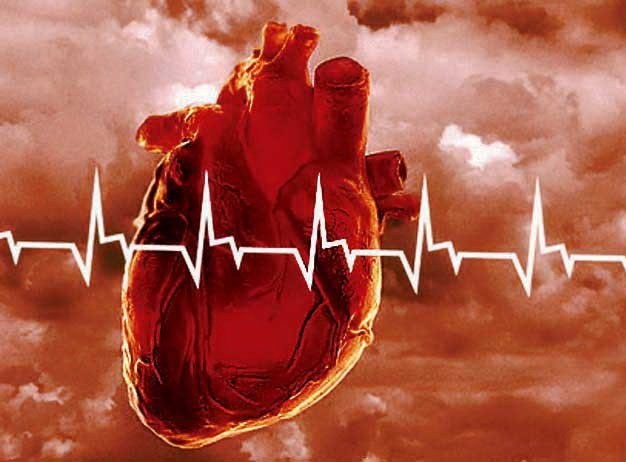 What is a heart attack

A heart attack represents one of the varieties of coronary heart disease. Attack occurs due to insufficient or completely stopped blood supply to the myocardium. The most common reason for this effect are blood clots that form in blood vessels.

Acute pain in the region of the heart can be absolutely sudden. Depending on the degree of localization of the human body is able to return to life occurs or coronary death. The result is pain syndrome die of cardiac muscle, which is reflected in the further work of the cardiovascular system.

At risk are mainly elderly people, active and passive smokers. Cause can heart attack and related diseases – alcoholism, diabetes, obesity, diseases of the blood vessels. According to statistics, heart attack often affects men and people leading a sedentary lifestyle.

Symptoms of a heart attack

The signs of a heart attack can be a variety of painful sensations, which arise not only in the region of the heart, but under the shoulder blades, stomach or throat. Pulling pain in the limbs can also indicate a problem with the heart.

The main symptom of a heart attack is sudden unbearable pain in the chest. The attack can last a few minutes or hours to pass. A heart attack can be primary (spontaneous) or repeated after a certain period of time.

In medicine highlights five main kinds of heart attack, each of which manifests different symptoms. With a sharp burning pain in the region of the heart develops a typical form of a heart attack.

When asthma occurs the form of a sudden attack of suffocation. The patient does not get enough air, his breathing quickens a few times. Eyelids, fingers, lips and nose area thus acquire a rich blue hue. Basic skin suddenly pale. Be accompanied by such a heart attack can hemoptysis, cough and noisy breathing uneven.

Arrhythmic form is directly related to the change of rhythm of the heartbeat. The patient quickens the pulse, the heartbeat becomes visible, the blood pressure is reduced several times. This form of infarction often leads to clinical death.

Cerebral form is accompanied by a sudden loss of consciousness. And the initial signs of a heart attack very much like a stroke. The patient is unable to coherently pronounce the words, his speech becomes clear, the coordination of movements is broken, and in the chest there is a sharp pain.

Abdominal form of myocardial infarction is very rare. Pain in this case do not arise in the heart and in the abdominal cavity near the stomach. There are signs of such an attack reminiscent of the aggravation of ulcer or gastritis. A heart attack is accompanied by sweating, palpitations, tachycardia, arrhythmia, nausea and vomiting.
Is the advice useful?
See also
Присоединяйтесь к нам
New advices