Can hardly be considered a success party where you are not held funny contests. Games and recreation time is more interesting, and even unfamiliar people will feel closer to each other. 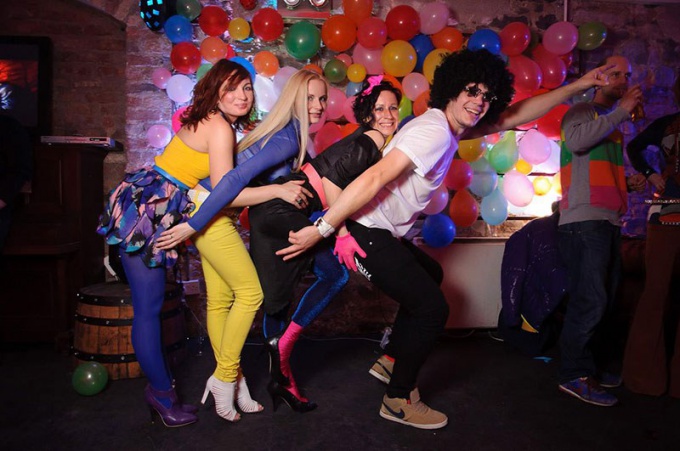 Related articles:
There are contests that do not require long preparation, but will make your party zazhigatelnoe. Can you hold these contests for a birthday or any other holiday.

11 amusing competitions for children and adults

1) a participant or a group of people inflate the maximum number of balls. Those who can blow the most balls count as winners. The balls then you can give to participants. This award is especially good for children.

2) use drinking straws the contestants pull out and shift from one bowl to the other little pieces of paper or dried beans. The beans or a piece of paper should be sucked through a straw.

3) Take 10-15 locks and keys. The one who will open more locks won. You can complicate the task and add five additional keys.

4) Let the participants try to shift from one plate to the other M&M's or beans with Chinese sticks. The one who will shift more won.

5) Contestant or group will make a long snake out of paper clips, will be the winner. Instead of staples you can use pins.

6) Invert the sieve, cover it with newspaper and cover with tape. Ask the contestants to stick in the strainer needles so that they fall into the holes. Who will have more direct needles into the sieve, he won.

7) Place on a flat plate or tray 20 tea candles. Two participants or two groups trying to light candles with a lighter as soon as possible. Who will light more candles, won.

8) Mix dry beans and peas in one dish. Who can separate more beans from peas within a set time won.

9) the Group or members who will be able to stick to the hair more straws wins. This contest is better suited for girls or women.

10) Fill two dishes of popcorn. Invite two groups of people or two parties to put on cereal, popcorn on a string, comes in a needle. Someone out longer the garland won. You can also wear a garland on the participants and photograph them.

11) the Participant or group will be able to clear more potatoes and do it accurately wins. For this contest need a lot of knives. Later, the vegetables can be prepared.

12) Shuffle 6 decks of cards. The group, which will collect the deck in the correct order wins the competition.

In competitions can take part as individual members and groups of people.

Each player or group receives instructions for the competition.

Every contest is better to limit the time. Let the order of the contestants will be 1 minute. The moderator announces the beginning and the end of the competition. After it determines the winner depending on the result.

The game can be carried out rounds, if they are difficult for the competitors.

At the end of the contest is to reward the participants. Some games require a large amount of materials. Choosing those that do not require large purchases, you will save money.
Is the advice useful?
See also
Подписывайтесь на наш канал