How to teach a one year old to potty

In our time, when so distributed operating without supervision of a washing machine, disposable diapers, dryer and comfortable coverings of plastic for mattresses, some parents of young children in General do not make problems that the child is not potty-trained. 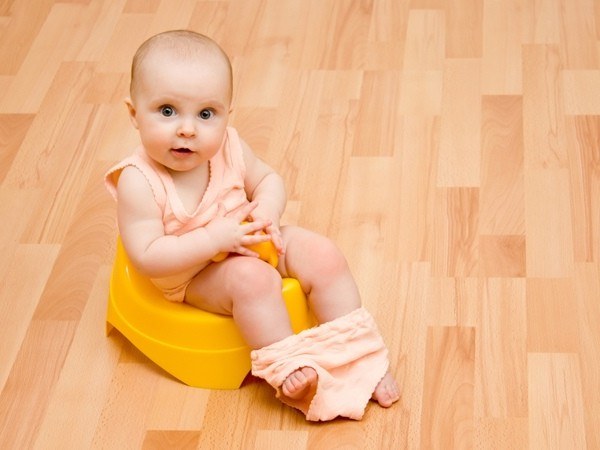 Related articles:
Some kids parents try to teach to do their business in the potty as early as possible, as a rule, in cases when mothers want to get rid of washing and to reduce the cost of diapers. Year-old baby can already begin to potty train. But mostly mastering this skill aside for a later time.

The child is ready to potty only when he develop the necessary muscles. He should be able to walk and stand, sit on a low seat and stand up without assistance. It is desirable that the pants the child was such that he could take his off and wear them.

All of these skills kids acquire approximately eighteen months of age. But to begin to teach a child before. For example, at the right time to plant on the pot, to teach the "ask" is in the toilet. As a result of such action may decrease the number of used diapers, but parents should prepare for the fact that to control the child will still be bad and not to blame him for failures.

As the experience of many moms and dads, a rare child manages to be dry and night and day until, until he turns at least two and a half years. But most of the children of time may require even more.

How to potty train

The behavior of year-old child can determine that it's time to go to the toilet. Children to strain, turn red, can feeding and other signs. At this time, you can take your child to the potty, help to sit down, praise for the result.

In warm time of the year it must be possible to use smaller diapers, the child realized what it's like to write without them. Most kids might not realize it, if from birth they are constantly kept in diapers. Explain to your child what is happening, show, as do other people so use it.

If the child's behavior it is clear that he wants to use the toilet, it should be put on the potty. If for a few moments nothing happened, let him get up. Planting in a pot is best done at a time when the probability of a successful attempt greatest – for example, immediately after sleeping, before bathing, before going to bed. When the kid himself asked for a toilet, is sure to praise him. It is not necessary to compare the results with the neighborhood – children learn to potty at different times, and that's fine.

Some of the children almost immediately understood what was required of him, and begins to independently use the potty. But there are those who addiction to pot can take a year or more. Do not rush and strain of the child: everything will work out in due time.
Is the advice useful?
Подписывайтесь на наш канал