How tall was Napoleon

The rise of Napoleon Bonaparte has long been a byword. Brilliant career of the Emperor cited example, comforting the people suffering because of his small stature. The Imperial ambitions of Napoleon explain the inferiority complex, allegedly linked to a lack of high growth. 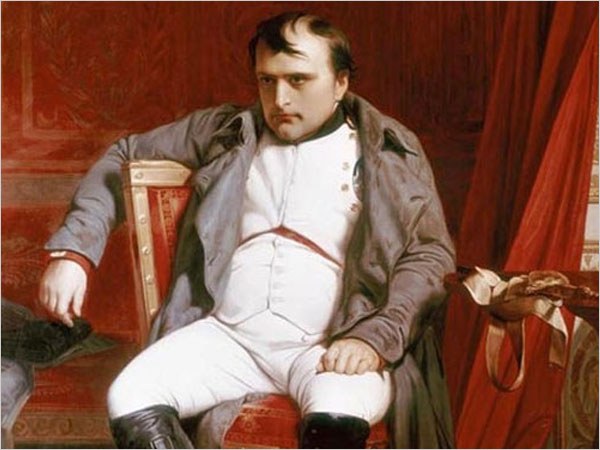 Related articles:
The question of the rise of Napoleon Bonaparte is not just a question about a particular anthropometric indicator. "Undersized" or conversely, "high" a person is in the eyes of others. This is determined by the relative growth of a particular person with average height.

The rise of Napoleon in centimeters

In 1821 the deposed Emperor died at St. Helena. Immediately after his death, the personal physician of Napoleon made the autopsy, and the results were recorded. Recorded in these records and the rise of Napoleon. The doctor recorded it as "5/2". He probably used the French system of measures, and read as "5 feet 2 inches." If you translate this indicator in the English system, which differed from the French, will be 5 feet 6.5 inches.

If we translate these data in the modern metric system, we get 169 see For the modern man it is really growth is below average but not so much that people feel "Shorty" and suffered an inferiority complex!

Contemporaries even more could be considered undersized Napoleon, because the average growth in those times ranged from 164 to 168 cm

The origin of the legend

The popular idea of his little growth to some extent contributed to Napoleon himself. After coming to power in 1799, Napoleon introduced special requirements for soldiers serving in certain military branches. So, to enlist in an elite regiment of mounted Rangers could only people whose height was at least 170 cm (that time 5 feet 7 inches). Even more radical was the demand to Grenadier of the Imperial guard: height not less than 178 cm (5 feet 10 inches).

In other words, without exception, the soldiers of the increase was greater than Napoleon himself. Appearing with them in public," he could really feel stunted.

Another possible source for the legend of the "dwarf Emperor" – the difference between French and English measuring systems. As already mentioned, the personal physician of Napoleon recorded its growth using French units. But English inches, bearing the same name had a different meaning. 5 feet 2 inches in the English system is 157,48 see that kind of growth has a wax figure of Napoleon, in one of the Russian museums.

Such growth can indeed be considered small, especially for men. But this is a mistake. In fact, Napoleon was not short, and the origins of his character must be sought in something else.
Is the advice useful?
Подписывайтесь на наш канал