"Song about hares", so incendiary performed by Yuri Nikulin in the cult Comedy A. Gaidai "the diamond arm", immediately won popularity among the people: fun tune, simple words... And it was in them something fabulous, mysterious. For example, the image of rabbits, which for some reason mow some "Trin-grass". 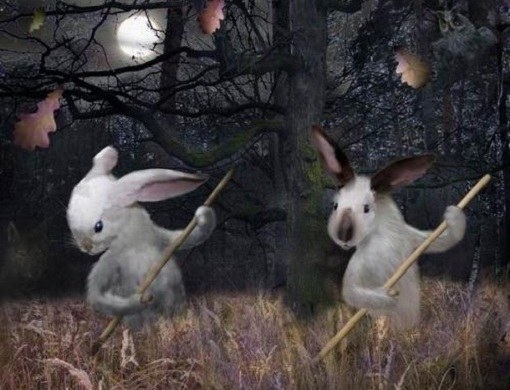 Related articles:
Why did they do it – from the song is clear:

"Brave will be the one
Three times a year
In this terrible hour
Mows Trin-grass".

And really, it's not afraid of bunnies no wolf or owl... Apparently, Trin-grass had some magical properties, but what is this drug – it is not clear.

However, the erudite reader – a lover of Russian classics could remember mentioning the same herb in the literature. People remembered her, and Pushkin, boldly declares "I honesty Trin-grass", Leskov wrote about some of the Islands, "where grows the Trin-grass", and Czechs, and even mentioned "the infusion of Trin-grass, drink that should be on an empty stomach on Saturdays".

Leskov used this expression in his article about the colonization of desert areas.

However, the latter did not seriously, referring, apparently, something like a placebo. There are references to this mysterious plant found in the works of Bunin, L. N. Tolstoy and other authors.

However, the meaning of this word in almost all of the classics one and the same. Under the "Trin-grass" refers to something insignificant, nonsense, something not worth attention. Even the distance in compiling his dictionary was built the origin of this word to the verb "to truncate", tying in with trincou-bagpipes. Perhaps not coincidentally, the word Tran has the same root as the verb "talk", i.e. talk about nothing, empty, idle.

And Dahl, Ushakov and Ozhegov unanimous in their opinion: the Trin-Trava – something empty, meaningless, not worth the attention and of no importance.

But this interpretation does not explain the origin of the mysterious "Trin-grass".

Some commentators believe that the word "Tran" is very close in meaning to the word "fence", ie the fence. So it turns out that Trin-grass – grass growing under the fence, a weed. However, many of the edible weeds (nettles, biting midges, etc.), and the very word "grass" in a broader sense can be interpreted as food, food, food. Then it turns out that the rabbits are simply harvested their own food.

However, it is not clear why they have it mowed, and did not eat immediately, as is done in nature all animals. And this also is the explanation. Legend has it that hares at night, do not just eat grass, and mow it. Created this bike in the nation to oppose the introduction of a "cleft" of currency: in some places, it was allegedly prompted to enter a walking rabbits on a par with cash, and the people resisted, started a rumor that, say, are not so harmless a creature, dark deeds at night, so best to leave it as is.

The anthem of the Soviet intellectuals

But why unpretentious song is so loved by the Soviet people? Maybe it's that mysterious Trin-grass was still the same value. So, A. N. Volsky believed that in addition to the core values mentioned above, the word "Tran" there are other, such as, for example, as "spoil," "destroy". Thus, it appears that the Trin-grass is grass is destroyed, spoiled, i.e. already cut. Thus, mowing the same grass, the hares did not wanted, empty work, but it seems like not messing around. Isn't it felt the most intelligent and simple-minded people of the period?

Doing the work, which made no sense, not standing out from the masses, could not be afraid of the "wolves" and "owls", i.e. those who were at the top of the social pyramid.

Not for nothing, many creative people of the Soviet era were to pick the easy and low-prestige work: if we are to do "Trin-grass", that at a minimum.

In light of this value, a song about mowing the grass Trin birds have become almost political meaning.
Is the advice useful?
See also
Подписывайтесь на наш канал