What are dollar bills

Dollar bills have identical design and of equal size, are legal tender at any date of their issuance. The denominations of such banknotes range from one to one hundred U.S. dollars, but there are also rare instances of greater value that have historical and auction value. 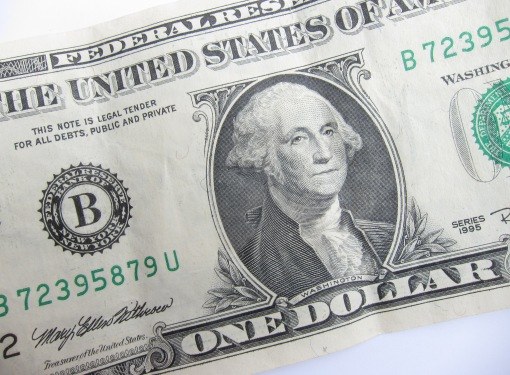 Related articles:
Dollar bills are the most stable means of payment, they kept the original design from the first half of the twentieth century, are legal tender up to the present time, regardless of the date of issue. The size of any banknote is fixed, the length is of 6.14 inches and the width is 2.61 inches. The appeal of these bills is intense, so every day the government releases tens of millions of new banknotes and withdraws worn.

In free circulation today there are notes in denominations from 1 dollar to 100 dollars. Each banknote depicts portraits of famous politicians, statesmen of the United States of America. In particular, there are the following types of bills:
- 1 US dollar depicting George Washington;
- $2 (issued irregularly) with the image of Thomas Jefferson;
- $5 with a portrait of Abraham Lincoln;
- $10, which depicts Alexander Hamilton;
- $20 with a portrait of Andrew Jackson;
- $50, which depicts Ulysses S. Grant;
- $100 – basic banknote with the image of Benjamin Franklin.
While on the reverse side of each banknote you can see some moments of the historical past of the USA (most often a specific building, structure).

Rare specimens and protection against counterfeiting

In addition to the listed denominations of banknotes, its value retain the previously issued notes of $ 500, $ 1,000, $ 5,000, $ 10,000. The government is actively engaged in their removal from free circulation within the policy limit the maximum size of cash settlements, but from private collectors, they survived. Their actual value at auction is usually much above par, so the use of such banknotes as means of payment is actually pointless.

The appearance of dollar bills a serious impact also supports the activities of the state to protect them against counterfeiting. So, for the past years was released updated versions of the banknotes of almost all denominations. Changes in cash are insignificant, since one of the objectives was to ensure maximum preservation of their traditional design and colors. Improvement of existing methods of protection through the issuance of new payment instruments is scheduled every ten years.
Is the advice useful?
See also
Подписывайтесь на наш канал