What is the difference between the drugs "Jess" and "Jesse plus"

"Jessand Jess Plus" is a popular hormonal birth control pills. In the same amount of hormones, they differ only in that the latter adds levamelt calcium, is biologically active variant of the well-known vitamin B9 or folic acid. Folates in the composition of the drug allow women not to be afraid of unpleasant consequences in case of accidental pregnancy. 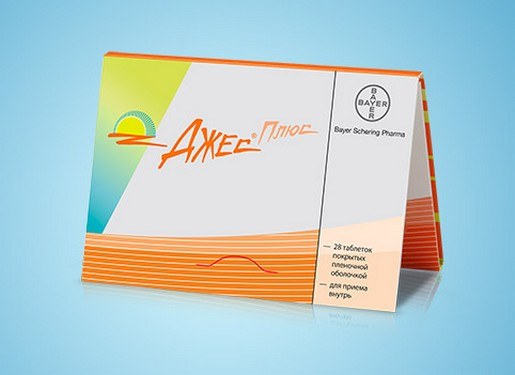 Pills "Jess" and "Jesse Plus"

Pills "Jess" and "Jesse Plus" designed to protect against unwanted pregnancies and treatment of certain diseases and disorders. So, these drugs are recommended for hormone-dependent fluid retention in the body of women, they also have a positive impact on the skin, cleaning it from acne. Part of the tablets include hormones estrogen and progestogen that block ovulation and contribute to a more active development and increase the viscosity of cervical mucus that protects the cervix from penetration of sperm.

Like many other hormonal contraceptives, "Jess" and "Jesse Plus" facilitate the state of women during menstruation: reduce anemia, relieve pain, promote more rapid flow of menstruation less profuse bleeding, so they are often prescribed for the treatment of severe PMS. The composition of hormones in these two drugs are the same, the concentration of active substances in them is quite low compared to other oral contraceptives.

Doctors recommend to first go through the analysis on the sensitivity before you start to use them.

The difference between "Jess" and "Jesse Plus"

The drug "Jess Plus" different from the usual "Jess" that added to levamelt of calcium, which is often simply called folate. It is a form of folic acid – one of the most important vitamins for human health, B9.

24 tablets in the pack contain hormones and other active substances, and the remaining four is often called a placebo, they contain this vitamin and some auxiliary substances cellulose, lactose monohydrate, magnesium stearate.

Formula levamelt calcium almost identical in structure to the vitamin that the person receives with food, which contributes to its digestibility. Unlike ordinary folic acid, this active form that is absorbed quickly into the bloodstream. Elevated concentrations of folate in a woman's body is very important during pregnancy, as this ingredient affects the formation of the neural tube of the fetus, and its deficiency may cause disorders of the nervous system of the child. Folate is not synthesized in the human body, and food can come in not sufficient for early pregnancy amount. As no contraceptives, including oral contraceptive pill does not give 100% guarantee of protection against pregnancy, women need to know that if accidental conception occurs, their body will be prepared.
Is the advice useful?
Присоединяйтесь к нам
New advices