What is the indefinite form of the verb

Verb – part of speech that answers the questions "what?" and "what to do?" Verbs tend to spravitsya, that is, to change for person and number. However, this part of speech is the original or initial form. 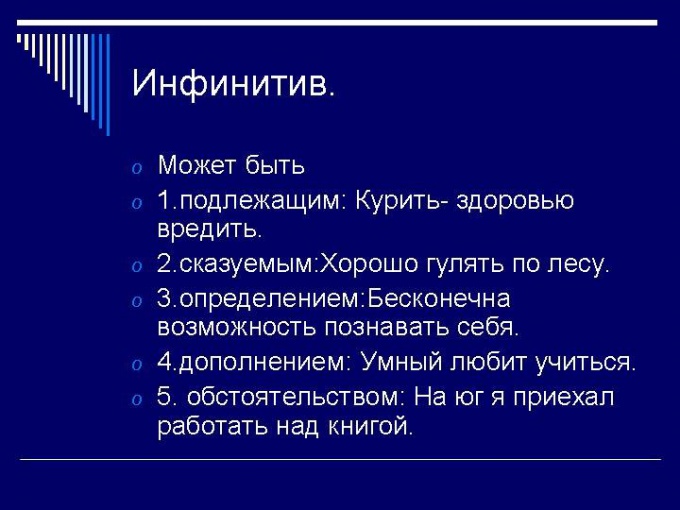 The infinitive or indefinite form of the verb

Examples. The verb "to go" answers the question "what to do?". Accordingly, it is a verb in the indefinite (primary) form or an infinitive. However, the verbs "comes" and "will go", "go" answer the questions "what does?", "what to do?" "what are you doing?". Those verbs already have the morphological features person, number and tenses - and infinitives are not.

In other words, the verb in the infinitive form is always null (uncertain) form, which is always possible to form different forms of the same word in different persons and numbers. This process is called conjugation.

If the infinitive is the initial, zero, uncertain form of a verb, whether it is possible to determine some characteristics of this part of speech or morphological features? Yes, you can define fixed, immutable features of the verb.