Man cognizes surrounding reality in different ways, using different senses. The simplest channels to obtain new information are sight and hearing, but the other three senses send the brain a lot of information. For example, receptors on the skin, muscle sensations, a sense of balance in the psychology of perception United by the common word "kinesthetic". 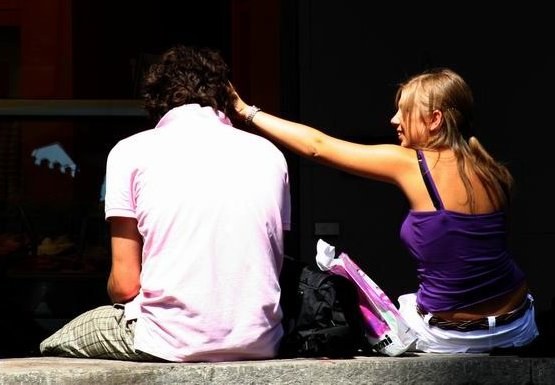 The concept of kinesthetic

The term "kinesthetic" (from the Greek word meaning "sense of movement" became popular after the appearance of neuro-linguistic programming which, in particular, it is believed that all people can be divided into three large groups depending on which channel of perception of the external data is their main. "Visuals" are those who most of the information it receives through sight, the "auditory learners" - people who are most important to hear, and "kinesthetic" - those for whom the most important tactile sensations.

In the psychology of perception under cinestetico is not only complex tactile sensations, but also muscle response, the so-called "body memory", and also sense of balance that allows the person with closed eyes to move around and not fall.

We can say that kinesthetic is all the feelings associated with the body: temperature, position in space, muscle fatigue, pain, tension or relaxation. However, in normal conversational speech kinesthetic, in fact, is synonymous with "bodily contact".

In real life, the so-called pure cinestetico occurs not so much because the majority of people is not limited to one channel of perception, and uses every possible. However, to understand that before you kinestetik, quite simply, because they are characterized by reduced "comfort zone" (that is, a person unconsciously tries to get closer to you, log in to your personal space), active gestures, the desire to touch the source, a Pat on the shoulder, to take the hand. Kinesthetic often have problems in communication, as many people are annoyed by other people's touch, while kinestetika tactile sensation is more important than hearing or sight.

Knowledge of the so-called body language, that is, understanding non-verbal, kinesthetic signals, it is necessary to almost all, whose activity is somehow connected with communications. Non-verbal information that informs the interlocutor no less important than the actual speech, and in some cases may be even more important.

For example, when conducting important business negotiations, public speeches and political debates often there are situations when body language or posture is directly contrary to what the person currently speaking. That is why professional negotiators pay close attention to the study of nonverbal communication.
Is the advice useful?
See also
Подписывайтесь на наш канал