Ball lightning: how it looks

Hard to find phenomenon, which is so strongly contrary to each other as ball lightning. This can be explained by the fact that she appears quite rarely, and witnesses are usually completely unskilled in this area people. 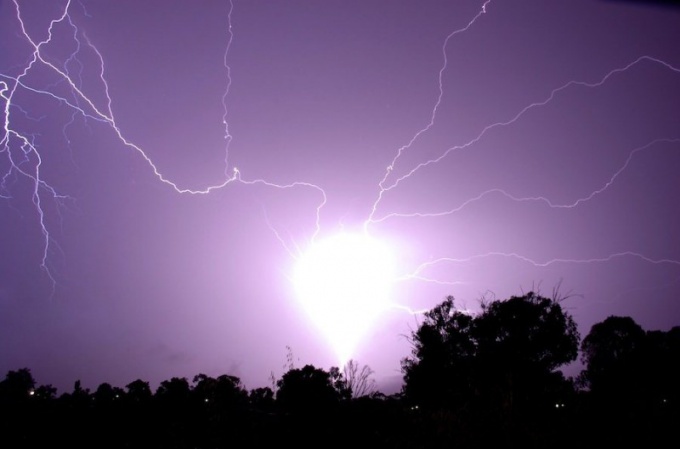 Related articles:
Instruction
1
Nikola Tesla began to study physics in order to understand the nature of ball lightning. In the XIX century, in the epoch of great scientific discoveries, many scientists, such a task seemed feasible. A century later, mankind learned to hold the plasma in a strong electromagnetic field. But to simulate ball lightning in the laboratory and failed. Plasma does this, or something else – is not known.
2
Due to the lack of experimental data, all information about a phenomenon based only on eyewitness accounts, or at best in the photo shoots and videos. This situation naturally creates doubt in the very existence of ball lightning. But due to the too frequent appearances and numerous eyewitness accounts, distrust is eroding.
3
Companion heat

In Russia ball lightning is most often observed in the Altai, in Khakassia, near Orenburg, in the Voronezh region. Ukraine – South of Kharkov. That is, in latitudes between 49° and 55°. Generally in areas sparsely populated, with rolling hills without a lot of water. Eyewitnesses say the high temperature of the atmosphere (+30 ° C and above) and the prolonged absence of rain. Sometimes after a "visit" the storm begins with rain.
4
Election killer

The usual linear lightning strikes hundreds of people per year, and livestock – and even more. However, few can boast the same proximity to the epicenter of the explosion. There is no such. They died. With a fireball the situation is different. There is evidence of the smooth passage of ball lightning through people without causing harm to health. And most of all it bypasses a person's side. In some cases, a touch of lightning did not cause absolutely no harm, in some other cases, a person has burns, but not fatal.
5
Direct contact

Ball lightning moves predominantly horizontally at one meter above the ground. Its movement is quite chaotic. Can penetrate into the room-even through the holes of small size. Most often ball lightning is accompanied by a sound effect, such as snapping, whistling, and other sounds. The duration of the existence of the phenomenon ranges from a few seconds to several hours. Then usually there is an explosion, sometimes it slowly fades out or breaks up into separate parts. Size of ball lightning varies, but does not exceed one meter. The form mainly describe as spherical, and the radiation power is estimated as an ordinary light bulb.
Is the advice useful?
See also
Присоединяйтесь к нам
New advices