What's the right wears a watch

Watch — routine and very convenient accessory. At the same time it is also a stylish fashion accessory. Which hand — right or left — decided to wear this item? 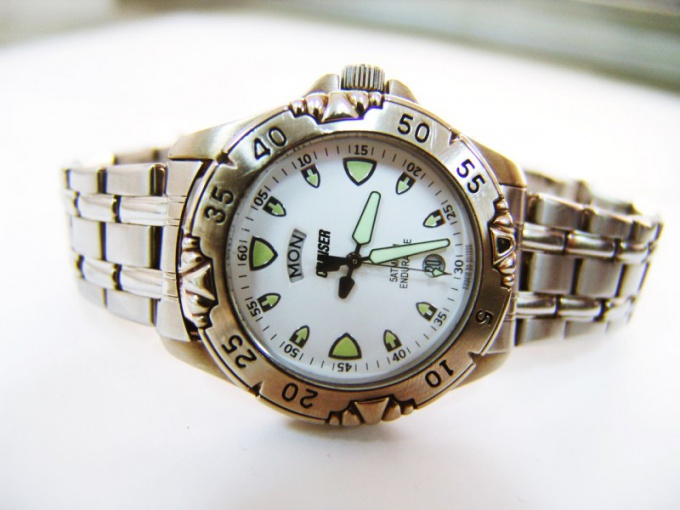 If you look at history, we can see that the wristwatch became widespread during the First world war. Then they were mainly worn by officers. Due to the fact that more people are right-handed, the right hand they have involved in the implementation of a large number of steps. So as not to damage such an expensive and valuable accessory like a clock, they began to wear on his left hand. Gradually improved mass production of watches, and manufacturers produced mostly left-handed model. Later began to appear right-handed watches.

Another simple and more transparent argument in favor of wearing the watch it is on the left hand stems from the fact that to fasten the strap or to sum up a clockwork mechanism much easier with your right hand.

Reasons to wear a watch on his right hand

Worn on the right hand accessory, the better it is because a large number of movements of this hand. Therefore, if a person wants to demonstrate to the interlocutor expensive luxury watches, he wears them on his right hand.

In order to stand out from the crowd, not be like everyone else, become more vivid and unique, to emphasize their individuality, people commit acts that are deviant from the usual. That's why some young people prefer wearing a wrist accessory on his right hand, contrary to the usual principles.

In the mid-twentieth century, after the war, there was an interesting story according to which in the thieves ' environment, it is customary to wear a watch on his right hand. Thus they identified in a crowd of people "friends". So, disguised watch with the left hand on the right, you can protect yourself from unexpected pick-pocketing.

Today it is impossible to clearly answer the question of what the right hand wearing a watch. No answer and the rules of etiquette. And, consequently, to wear a wrist accessory as convenient. This files most often right-handed people wear watches on left hand, lefties on the right side. There are right-handed and left-handed models, which differ from each other only by the location of the winding mechanism. Watch, which to sum up is not required, can be freely worn on either hand. More conservative members of the society prefer to wear the accessory in question that is on the left hand, according to the common habit. However, with any rule there are exceptions.
Is the advice useful?
See also
Подписывайтесь на наш канал