What is flora and fauna

When we go for a walk in the woods or resting on the banks of the river, you can see a variety of plants and trees. And juicy vegetation in the forests of the Moscow region differs sharply from the traditional trees and dead wood in steppe areas. As different from each other and wild animals that inhabit different natural habitats. All plants and wildlife are called "flora and fauna of a particular region. 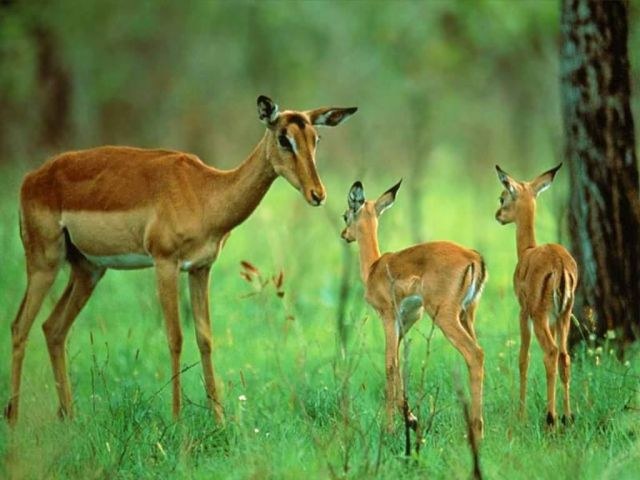 Today flora in botany is a community of all subspecies of plants that grow or grew previously on strictly defined territory. It is possible to confuse the concepts "plants" and "flora", perceiving them to be synonymous, although they are different things. For example, you can talk about the flora of Kursk region, the Kola Peninsula or the flora of Primorye. Thus the larger the region, the richer presents its flora.

So flora of the Stavropol territory has approximately 1,200 species of plants, and the flora of Russia already more than 18 thousand, including gymnosperms, moss, ferns, horsetails and ground cover plants. Greenhouse and plants to the flora of do not apply.

Under the definition of "the vegetation of a certain territory" means a set of plant communities native to the region. For example, the Moscow region is characterized by different types of forests, marshes and meadows. But the vegetation on the whole territory of Russia will be much richer and more diverse. It consists of much more plant communities, including mountain, tundra, forest-steppe, desert, etc.

Even the phrase "flora and flora" is used in medicine in the study of all microorganisms, which are characteristic for specific organs. As, for example, the flora of the larynx.

The concept of fauna refers to all animal species that lived or still live in the area. Animals that are in zoos, and Pets in the species composition are not included. The main feature of each fauna is the ecological nature of the species included in its composition. Thus, the fauna of tropical forests is characterized by the presence of a large number of animals adapted to living in trees. A different tree-climbing mammals, Reptilia, birds, many insects and other animals that used to eat the foliage and fruits of trees or live at the expense of the destroyed wood.

Using different methods of analysis botanists can confidently talk about the origin of one or the other fauna, as well as its links with the remote and the nearby fauna. The results of these analyses, species with similar distribution are joined into certain groups according to their habitat, for example - fauna of the island of Madagascar. In addition, fixed the exact location of a specific animal in the appropriate section of the fauna. So, the butterfly refers to the entomofauna of the fauna or insects.
Is the advice useful?
Подписывайтесь на наш канал