Gentle, poetic Natasha Rostova – the ideal woman, what he sees Leo Tolstoy. In the novel-epopee "War and peace" Natasha, he leads step by step from thirteen-year-old girl to a mother of four children. How was it that she stumbled on the way, betrayed the beloved bride of Andrei Bolkonsky and rushed into the arms of secular thug Anatole Kuragin? 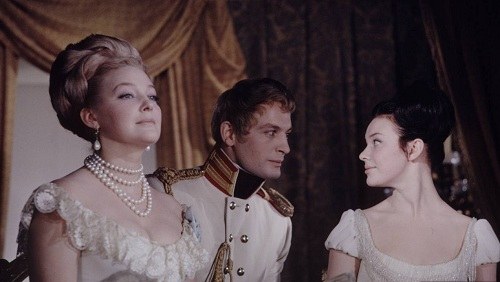 Love for Prince Andrew – the first deep feeling, which was destined to experience Natasha in life. Nice young girl waiting for love and intelligent grown man emerging from a failed marriage – they could not pass each other. Prince Andrew sees a sincere, sensitive, cheerful nature and runs to her. Natasha meets a handsome Prince at the ball and realizes that his happiness depends on it.

But the pink veil of dreams suddenly dissipated. Old Prince Bolkonsky, not approving of the choice of the son, puts him to postpone the wedding for a year to spend time in military service.

For Prince Andrew this year – an unfortunate obstacle in the way to happiness. He's even-tempered person who carries love in the heart and doesn't want to upset old father. But Natasha sees the separation and the postponement of the wedding as a tragedy. She asks Andrew not to leave, seemed to understand – anything good it will not.

Natasha with her unbridled lust for life year seems like an eternity. She wants to love today, now, not later. By the end of the year remains more confidence in love than love itself. She wants admiration and gratitude, I want to be needed.

In this condition, Natasha is found in the theater Anatole Kuragin. Empty poseur, braggart, is he good looking and knows how to charm women. Natasha is so fresh, sweet and not like preskociti society ladies that he decides to "privlacnost it." He immediately starts the attack, and his sister hélène Bezukhova, a man of the same variety, helps him.

Naive Natasha can't assume that was the object of an empty affair. It has never deceived. She believes exaggerated feelings of Anatolia. Even the strange behavior of the fan it doesn't bother you, Kuragin could not go to the Rostov house and ask for the hand of Natasha, because he is secretly married to a Polish dianochka.

"Since yesterday, my fate is sealed: to be loved by you or to die" - so began the letter from Anatole, which was actually written by his friend.

In these circumstances, Natasha can no longer be the bride of Prince Andrew. She writes a rejection letter to Bolkonsky and is going to run away with Anatole.

Who is to blame?

Luckily for Natasha, the kidnapping did not take place. Her locked in a room, Kuragin goes with anything. Only the news that Anatole was married, opens his eyes to Natasha for his meanness.

Natasha attempted to poison herself with arsenic, and, despite the fact that she was saved, fell ill.

Offended Prince Andrew blames the cheating bride. However, the sad result of this situation - the handiwork and calm Prince Andrew, and gusty, trusting Natasha, and stupid selfish Anatolia. They all acted according to their characters and could not do otherwise.
Is the advice useful?
Присоединяйтесь к нам
New advices