How to cook shrimp and squid

Today, shrimp and squid by-law popular. In seafood contains a large amount of useful minerals. First of all, iodine, phosphorus, iron, calcium and copper. However, consumption of seafood is possible only after prior heat treatment. 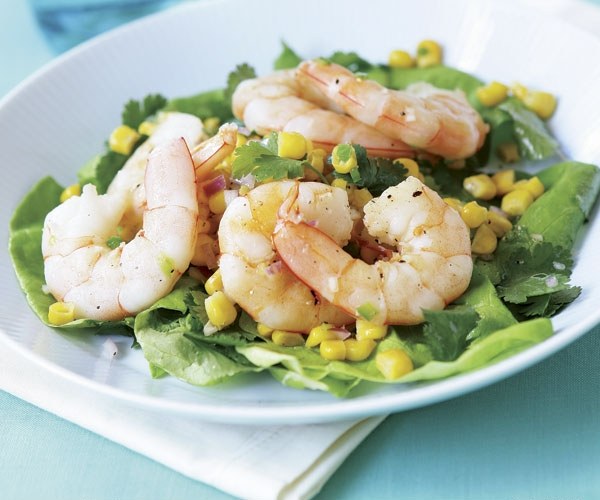 Shops selling shrimp, 2 kinds of fresh frozen and cooked frozen. They can be distinguished by color. Shrimp subjected to prior freeze-heat-treated have a reddish color. Cooking should be less than fresh frozen seafood.

Pour in a pot of cold water, in a proportion of about 2:1 (water should be 2 times more than the shrimp), put on fire and bring to a boil. Frozen shrimp, pre-rinse, cooked frozen can not wash. As soon as the water boils, add salt and spices to taste. It can be black and fragrant pepper, cloves, Bay leaf, thyme, fresh or dried dill, parsley, lemon wedges or juice, the garlic cloves. Drop into boiling salted water with spices shrimp. As soon as they turn red and float to the surface – the seafood is ready. The cooking time of prawns depends on their size and method of freezing. For cooked-frozen shrimp-enough for 3-5 minutes for frozen need 7-10 minutes. It is important not to overdo the seafood on the fire, otherwise they will become tough and tasteless. After cooking, the shrimp do not just get out of the broth, and should be 15-20 minutes hold in the broth, then the seafood will be more juicy and tasty.

Similarly, cook and tiger prawns. They are quite large and usually sold frozen, so cook 5 to 10 minutes. Before cooking tiger and king prawns thoroughly under running water. Then pour in a pot of cold water, bring to the boil and add salt. If the shrimp cooked in the shell, it is recommended to take 40 grams or 2 tablespoons of salt per 1 liter of water, if cooked cleaned shrimp, salt should take less than 20 g per liter of water. In saline solution, add spices to taste, and as soon as the water boils, lower the shrimp. Again bring the water to a boil and reduce the heat to low. After 5-10 minutes, when the shrimp turns red and float to the surface, remove the pan from the heat. Drain the water and rinse the shrimp with cold water. Then they are easily cleared.

How to cook squid

Squid you must defrost. This should be done in air or in cold water (hot water squid meat takes on a pink color and changes the taste). Then remove them from the chord and clear like a transparent film skin. To do this, dip the carcass squid for a few seconds in salted boiling water.

Pour in a pot of cold water, bring to the boil and sunflower. Immerse in boiling water squid and cook over low heat for just 2-3 minutes. Once the meat turns white, hold the fillets in water for about 10 more seconds and fish out with a slotted spoon. If squid digest, their meat will become "rubber" taste. Therefore, some suggest, omitting squid fillet in boiling water, count to 30 and catch. Then 30 seconds to delete the second fillet.
Is the advice useful?
See also
Присоединяйтесь к нам
New advices