How to unfreeze a squid

Numerous stress, poor environment, unhealthy lifestyle push many people to eat mostly healthy food. Very useful for the human body seafood. For example, squid. The content of protein, vitamins B6 and PP its meat is superior even to meat fish. In addition, in the squid there are such substances which promote the secretion of gastric juice in humans. The stores squid, usually sold in frozen form. Before cooking with the addition of this useful seafood squid you need to properly thaw. 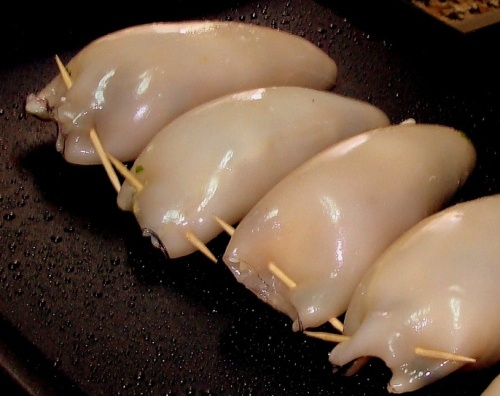 Related articles:
Instruction
1
By the way, choose the carcass of the squid should be the ones that never thawed, otherwise they will spread and will disappoint the buyer a bitter taste and the smell of old frozen fish.
2
To defrost the squid, you will need a deep plate, corresponding to the size of the largest sea creatures.
3
To the edges of the prepared plates should be poured either cold or warm water.
4
Next, in a bowl of water necessary to lower the carcass of a squid and wait until the seafood is thawed.
5
With thawed squid should be sure to remove the film covering the fillet of seafood. It is very bitter, and therefore may well spoil the taste of the dish.
6
Thawed squid can be, leaving its carcass in the open air at room temperature. However, the process of unfreezing will occur more slowly than when the food is thawed squid in the water.
7
The best place to defrost the squid in the fridge. Defrost the squid in the fridge it is convenient for those people who are not particularly in a hurry with preparing the planned meals. By the way, this method of thawing, the squid retains all its nutritional qualities.
8
In any case it is impossible to defrost squid in hot water, and even more so in boiling water, otherwise the meat will acquire an undesirable color.
Is the advice useful?
See also
Подписывайтесь на наш канал