Will there be a "Lord of the rings 4"

In 2001, screens out the film Peter Jackson's "Lord of the rings: the fellowship of the ring" - film adaptation of the first part of the trilogy of John.R.R.Tolkien about the great battle between good and evil in middle-earth. The next two years fans of Tolkien around the world counted the days until the release of the second and third parts of the film adaptations. In December 2003, all expectations have been justified, but the enthusiastic audience didn't want to believe that fairy tale came to an end. 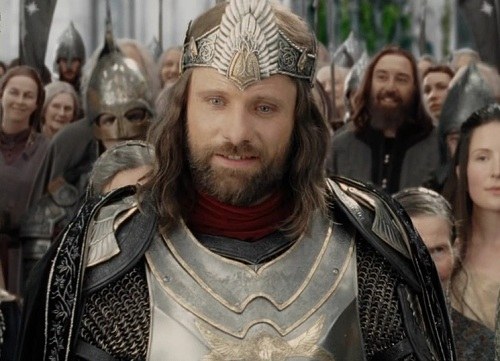 The story of the battle for the one ring ended with the accession of Minas tirita king Aragorn. The characters lived their lives, and their care was highlighted by the author in the last chapters of the book.

However "Lord of the rings" was the most famous but not the only creation of the Oxford Professor Tolkien. He wrote of it as a continuation of the novel "the Hobbit", and that is because his other work, "the Silmarillion", accepted in print. English philologist and linguist wanted to create their own epics, because, in his opinion, England was not a full-fledged mythology.

The result from his pen came out and was published during his lifetime: the story of "the Hobbit" and the novel-epopee "the Lord of the rings," which the publishers have divided into three parts with different names. Other books: "the Silmarillion", "the Children Hurin", tales and legends was published after the Professor's death his son Christopher Tolkien. All these books tell of a world called Arda, the history of its peoples and countries. Middle earth, the battle for the ring is only a part of one of the continents of Arda.

There was underground hobbit

John R. R. Tolkien sold the rights to Lord of the rings in 1968 for $15,000, so the problems with the adaptation from Peter Jackson arose. He created true masterpiece movies, carefully preserving the spirit of the great books, because he is her ardent fan. But descendants and relatives of the Professor, especially Christopher Tolkien, the adaptation did not like.


Of all the relatives of Tolkien is his grandson Simon supported the creation of Peter Jackson, which led to the deterioration of his relationship with the family.

When Jackson planned to film "the Hobbit", on the clarification of the copyright holder, took several years. Since "the Hobbit" was published in one part, the Director wanted to make it one movie, but the movie companies demanded to break it down into two parts for reasons of financial success.

Filming began on March 20, 2011, and a year later it was announced that the film version of "the Hobbit" will be released in three parts. This decision, though, and stretched waiting for the Prime Minister, made it possible to Supplement the action of the plot lines from the appendices to "Lord of the rings" and show the fans as much beloved in the world.

A total of three "the Lord of the rings" was nominated for 30 Oscars and won 17 of them, which is an absolute record for kinotrilogii.

What kind of turn?

After the release of the third part of "Hobbit" question of the inevitability of farewell to the world of middle-earth will rise again. The Silmarillion tells the story of the higher powers of Arda, the appearance of elves, humans and dwarves – that is material enough for a whole series of fascinating and beautiful films.

However, the rights to "the Silmarillion" belong fully to Christopher Tolkien, who clearly stated that they will not allow the adaptation of the ancient legends of middle-earth.
Is the advice useful?
Присоединяйтесь к нам
New advices