Where they filmed "Dom-2"

As regular viewers of the reality show "Dom-2", and those who watch it from time to time, I would like to know where to happen the filming of this project. We can assume that the site is located somewhere not very far from Moscow. 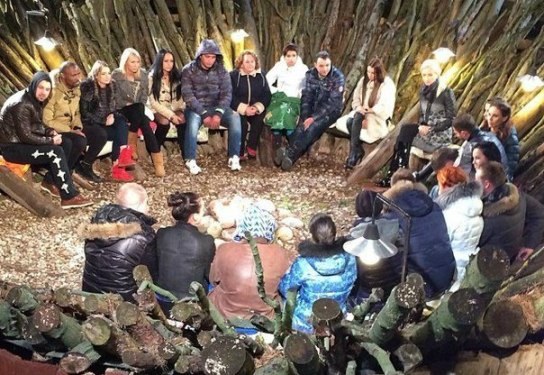 Related articles:
For many years in daily broadcast television show "Dom-2", where young and not so young people "build their love" in front of millions of viewers. Almost every person in the country during this time managed to see at least one issue of this rating project. Many viewers are wondering – where is geographically located the famous "House-2"?

The location of the site, where they are shooting each release of the TV project "Dom-2", in principle, is not some mystery. Transmission removed in the Moscow suburbs is a picturesque area of the river Istra, about two kilometers from the Novorizhskoe highway. Half a kilometer from the entrance to the bridge near the village leshkovo and is the famous meadow where you are building, dwelling, and place of execution of the project.

Of course, the area is protected, so those who wish to be on the set of the TV show, must act according to the classical scenario. It involves the filling of the application form and further through the casting. If the potential participant will manifest themselves before the editors of "House-2" as a bright and charismatic personality, then some time later before it opens the famous gate. Through them we build our love go beginners and those who failed to do so. Many of the participants "House-2" had a successful career singers, entertainers and musicians after left the project.

Where is the city apartment of the participants "Houses-2"?

Under urban apartments set aside a whole building in Moscow near the metro station "Profsoyuznaya". In the same building and cafes, which take place every Thursday auditions for the selection of future participants. The plot of the TV show in the cafe hosts various parties for the participants of the reality show. Exact address: Moscow, ul. Krzhizhanovskogo, D. 29, building 5.

"Dom-2" is a stunningly successful TV show, which for nearly ten years, daily attracted to the television screens of tens of thousands of fans. The Grand prize for the couple who wins in the project - this is the huge house in the suburbs. Many ambitious young people strive to compete for that prize, and at the same time and become popular. That is why auditions every week there dozens of people. "Dom-2" is one of the most commercially successful projects on Russian television, which is why in the near future, its completion is not planned.
Is the advice useful?
Присоединяйтесь к нам
New advices