Why not abruptly quit Smoking

Sometimes people are hard to even think about how to give up cigarettes. And those who do decide on is often come back to a bad habit, and not only because of the lack of willpower, but due to changes in health. Related to this is the view that abruptly quitting Smoking could be harmful. 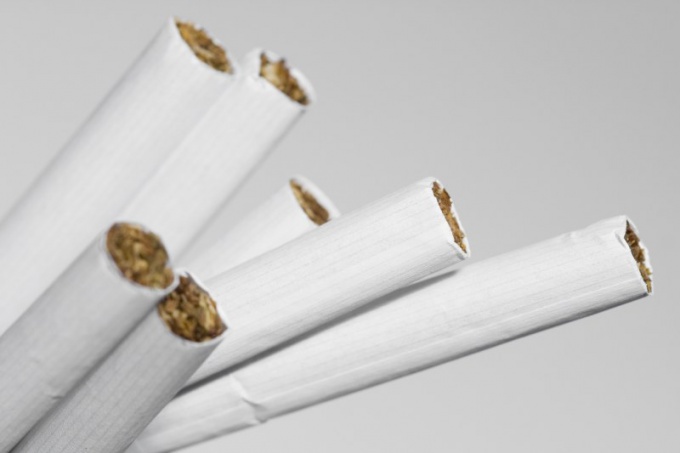 Why is it difficult to abruptly quit Smoking

By official medicine is no single answer to the question, are they harmful to the body strong refusal from cigarettes. Quitting Smoking itself is certainly useful, because this habit brings a lot of health problems. However, if the person has a long experience of Smoking, and smokes a large number of cigarettes a day, then suddenly leaving to do it, he will face with stress.

The body needs time to adapt to changes in lifestyle, both negative and positive. Acetylcholine is a substance produced in the body to transmit nerve impulses. The more nicotine comes from outside, the less acetylcholine is produced. When a person quits Smoking, the body has to learn again to produce this substance, but it is not immediately.

So, the week after the complete rejection of cigarettes when of acetylcholine in the body is not, begins the so-called break-up. She can accompany uncomfortable symptoms such as weakness, dizziness, headache, increased appetite, irritability, psychological and emotional instability. May be cough and sputum production, as the body gradually starts to cleanse itself of the poisons.

You may feel lack of oxygen. While Smoking the body is used to consume more carbon dioxide than usual, which excited the respiratory center of the brain. When quitting tobacco this stimulation of the brain is no longer happening and it seems that there is a shortage of oxygen. This results in anxiety.

Accustomed to a vasodilator effect of nicotine the body feels even more uncomfortable. Start rebuilding the metabolism, which may occur a temporary weight gain.

To quit abruptly or gradually?

Sharply to quit Smoking, is a personal matter and depends on the experience of Smoking and personality type. For a certain kind of people is the only method that really works. Such people live by the principle "all or nothing". It is easier once to make a decision, some time to endure withdrawal and then forget about the harmful habit.

If you have chosen phasing out cigarettes to quickly wean the body from tobacco, stop Smoking on an empty stomach. You also reduce the risk of cancer of the esophagus.

But there are those who are not able to quit Smoking. It is more suitable method for gradual elimination of tobacco. The number of cigarettes smoked per day is steadily decreasing. When it is reduced to one or two cigarettes a day, Smoking can give up completely. Thus, the body gradually wean from the extract, substitute acetylamino, and begins to produce last on their own. So you can get through this process without much emotional turmoil and obvious physical ailments. Importantly, the decision to gradually stop Smoking was not a deception and an attempt to delay the inevitable.
Is the advice useful?
Подписывайтесь на наш канал