How to teach children to write uppercase letters

To teach children to write uppercase and at home. It is only necessary to hold classes methodically correctly, the baby did not have to readjust from home to school lessons. So, stick to the standard procedures for writing lessons. 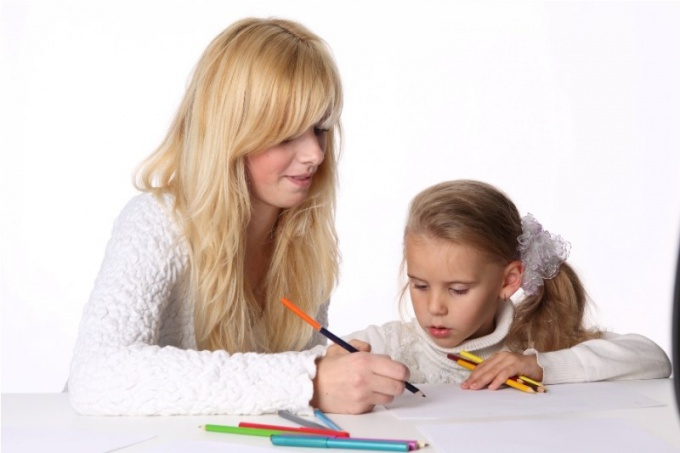 Related articles:
You will need
Instruction
1
Before you begin to teach children writing letters, teach him to perform simple elements that make up the letters: vertical straight sticks, sticks with rounded top and bottom. It is convenient at this stage to use a special recipe. First, consider the item, then ask the child to circle it a few times on points and then let your child try to write their own. Please note the baby on the boundaries of these elements: the lower and upper working line (narrow) line.
2
Then start learning to write letters, consisting of these elements. First, you need to acquaint the child with the printed letter so he knew what it was called and remembered it visually. To do this, kid riddles, Proverbs, or a series of images depicting subjects, the title of which is often found the same sound. The child's task is to select it.
3
Now show the kid an image of a letter, which is indicated by a repetitive sound. Look at it. Ask your child what it looks like. It is actively begins to work the imagination of a child. Association baby will make it easier for him to remember this letter. After the child has speculated, show him the pre-arranged illustrations. For example, the letter K – in the form of a man standing with raised arm and the front leg; f – the man, whose hands are on the belt, etc.
4
Only after meeting with the printed letter you can move on to uppercase letters. Show how to spell the studied letter. Your movement should be slow and visible to the child. At the same comment on every element of a letter (put the handle on the top line of the working line, leading down, not bringing to the bottom line of the working line doing the rounding, I line up, etc.). Don't forget to pay attention to the inclination of the elements.
5
Before the child will start to work in the recipe, you can use the admission letter under the expense (straight line – "time" rounding "and" next video – "two", etc.) in the air and trace the letters on the plastic stencil is characterized by a hand movement when writing letters.
6
Then you can move on to writing the letters in the recipe (or a regular notebook with narrow lines). They are also encouraged to first trace the letter on the points, then write your own. After each studied letters offer the child the letter of syllables, then words and sentences.
Useful advice
Before writing and during it we should take a pause for finger gymnastics and gymnastic minute
Is the advice useful?
See also
Присоединяйтесь к нам
New advices