The most horrible and mysterious places in the world

On the planet a lot of places that delight and surprise. Peace and tranquility causes admiring the natural beauty. New knowledge and interest, we're left with after visiting famous historical sites. But there are places that cause fear and rejection, and they exist in our real world with you. So they became by the will of nature, or after the tragic events that occurred there. Usually around these terrible places hovers a lot of rumors, myths, rumors and legends. Will tell you about some terrible, horrible places of the planet. 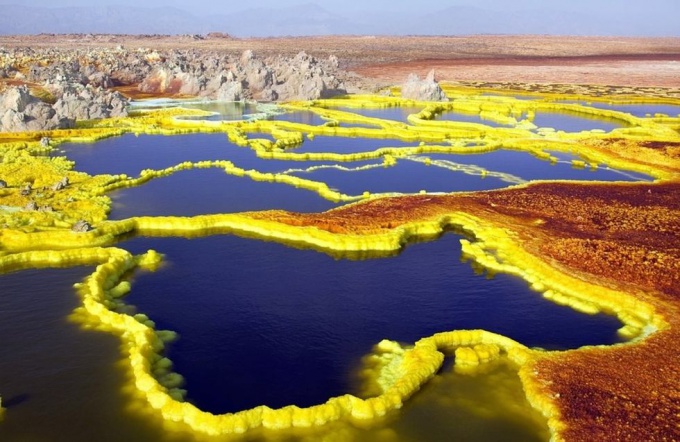 The Tophet Of Carthage, Tunisia.

Tophet is the necropolis, found by archaeologists in 1921. There is a cemetery near the village of Salammbo at Carthage. The burial area of about 2 hectares, scientists estimate there are buried more than 10,000 people. In Tophet, in the main, found the graves of the infants or unborn children and the urn containing their ashes. Controversy among scientists about this place have been going on for many years. Some believe that the children died of natural causes, as obvious signs of violence were found. Others claim that after so many centuries, no studies find any signs of strangulation, no signs of drowning, and insist on its version. 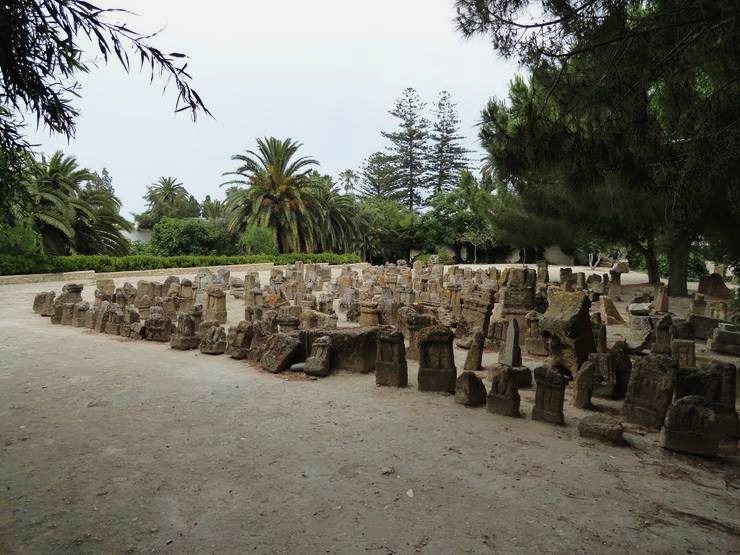 The word "Tophet" means a sacred place where human sacrifices to the gods. Therefore most scientists still inclined to believe that there was an occult sanctuary where newborn children were sacrificed to the gods to obtain from them the mercy and patronage. Urns, with ashes, explain the fact that not everyone wanted such a fate for their children and had not yet born children, cut straight from his mother's womb and buried. Some of the urns can be seen in the museums of Tunisia, and the excavation is still going on. 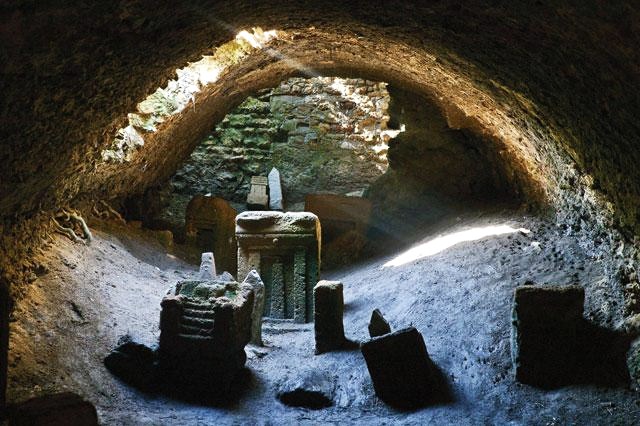 Aokigahara forest also known as Jukai – "Sea of trees". It lies directly at the foot of mount Fuji. Once upon a time there was a strong volcanic eruption, the lava flow formed the plateau on which subsequently grew this strange forest. The roots of the trees is very difficult to break through the lava rock and they are intricately interwoven, go upstairs. The forest is very dense through the trees rarely breaks the sunlight. And the foot of the forest all covered with various hacking and many caves. Some of these caves stretched for hundreds of meters under the ground. 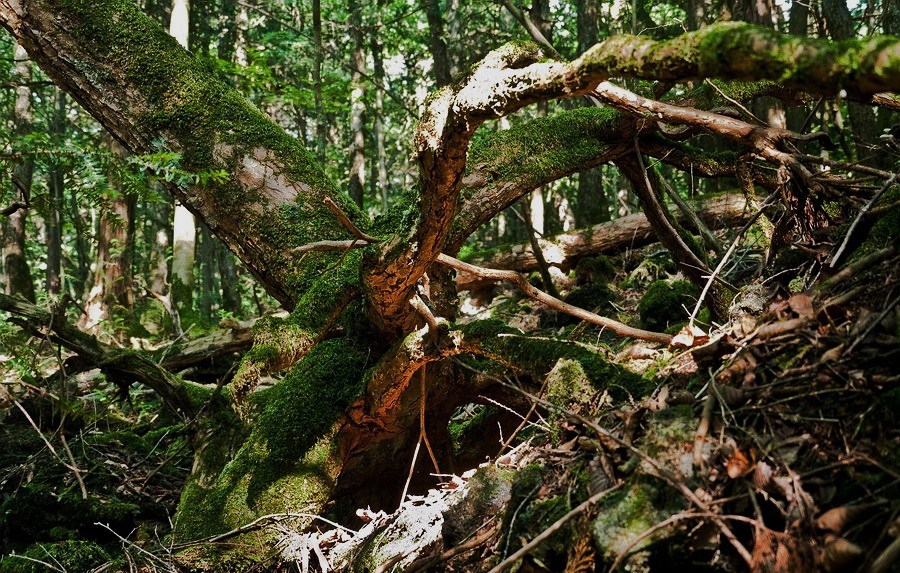 Another name Aokigahara –"the Forest of suicides". According to rough estimates over the last 60 years in the forest have committed suicide more than 500 people. Throughout the forest you can find the remains of their corpses, skulls, bones hanging loop in the trees. Local authorities are very concerned about the situation around the forest placed billboards with the words:

"Your life is a priceless gift from your parents. Think about them and about your family". Each year the government sends the whole unit to sweep the forest, but every year there is again and again find new bodies of suicide – from 70 to 100 corpses. 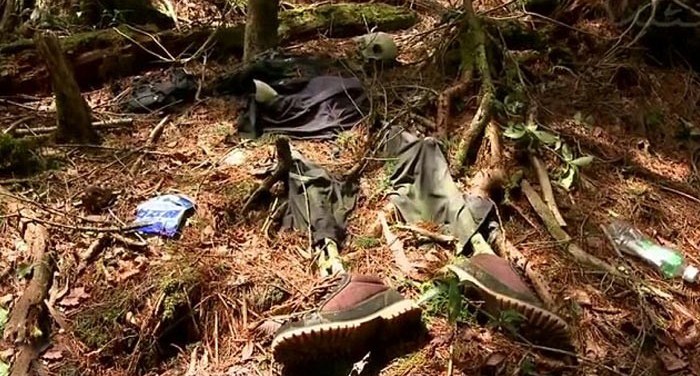 Chowchilla is the ancient cemetery located near the desert plateau of Nazca. Found this place in the 20th century, it preserved the remains of about 700 years. The studies were able to establish that the last burial was made in the 19th century. The main feature of the cemetery in the way of burial – all the bodies buried in the position of "squatting". 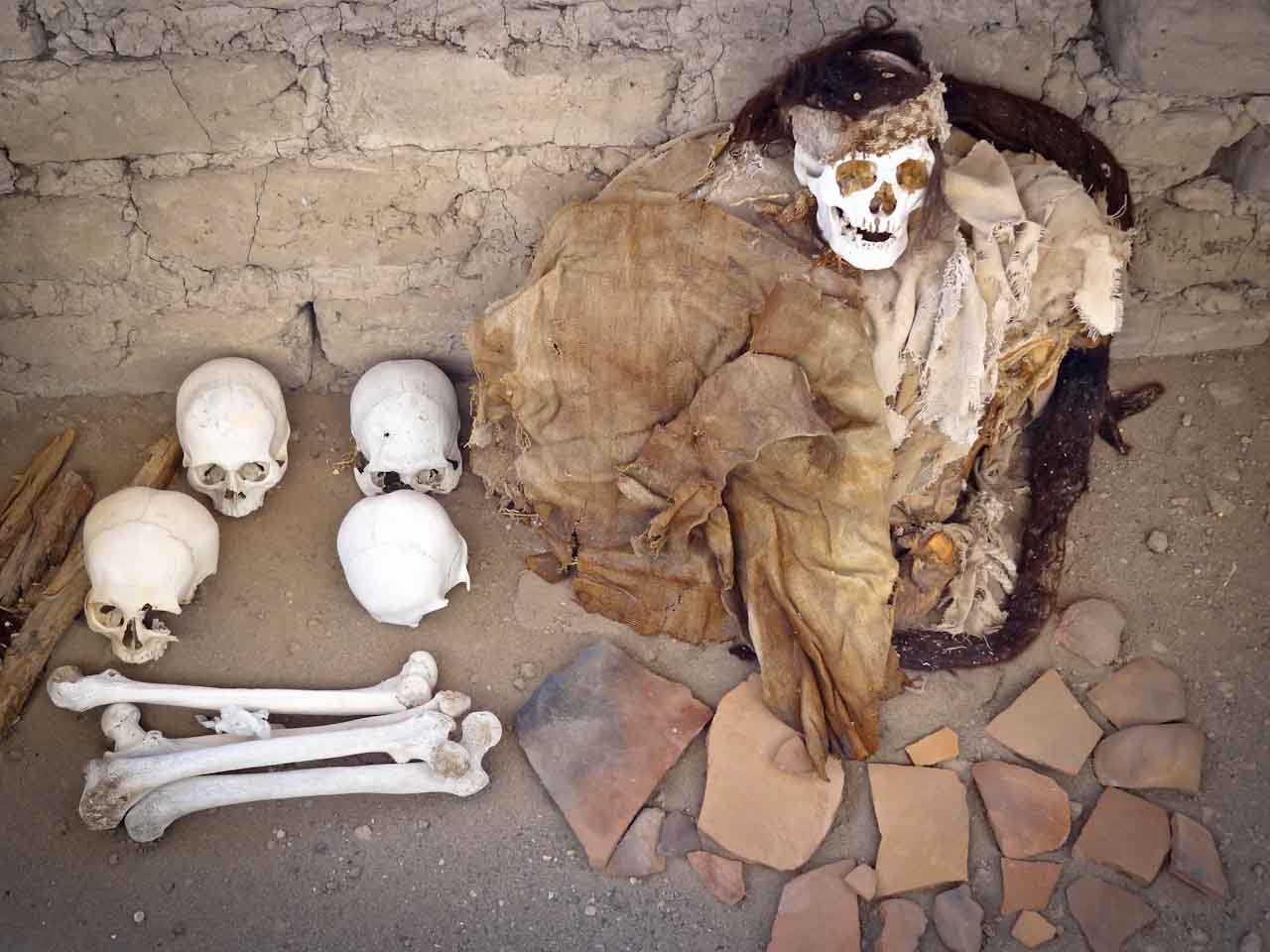 Because of the climate and unusual ritual at the burial of the remains of the bodies is well preserved. The main feature is that before the burial all the bodies were covered with resin, and the clothes were only made of natural cotton. At the time of the study, many of the dead are preserved hair and clothing in perfect condition. The dead were buried with personal belongings and decorations, so many graves destroyed and looted. Scientists are still studying the remains of the cemetery Chowchilla, which gives the opportunity to learn more about the Nazca culture and the approach to solving ancient legends.

Manchak swamp is located in Louisiana. Here disappeared and continue to disappear people. Even Manchak referred to as "Swamp ghosts". Legend has it that this place was cursed by a witch captive, which is kept. Around there are no settlements, not even birds fly over this dreadful place. Only the mighty cypress trees with exposed roots covered in moss, hanging menacingly above the muddy water. To overcome the swamp on the boat. 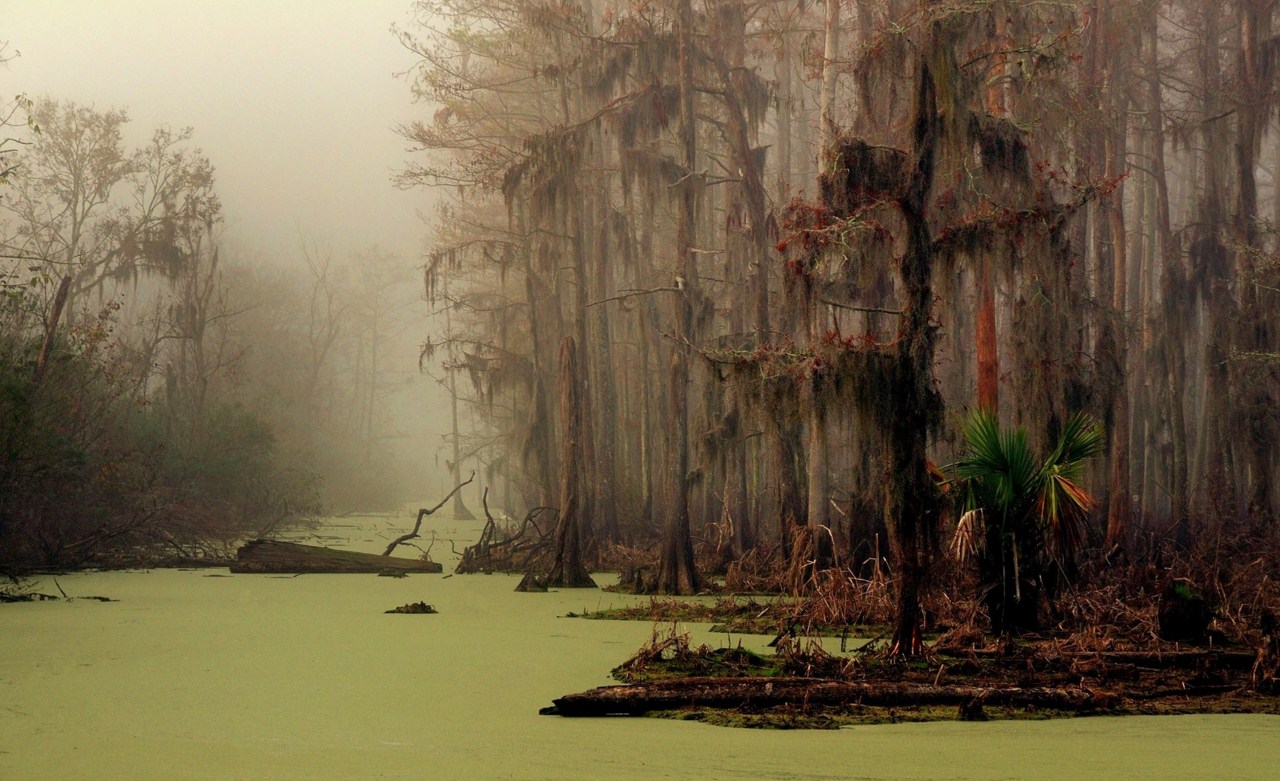 Stagnant expanse of muddy water is rarely broken corpses pop up from the muddy bottom of swamps. There is only one being who liked Manchak is an immense alligators, which are cleverly disguised among the fallen trees and leave the unfortunate victims no chance. Oddly enough, but bogs are very interesting for those of you who like extreme and mysterious. There are even those who come here with the onset of the night and go on a small boat in the hope of meeting a creature from legends and myths that enveloped the swamp. Dares, the reader? 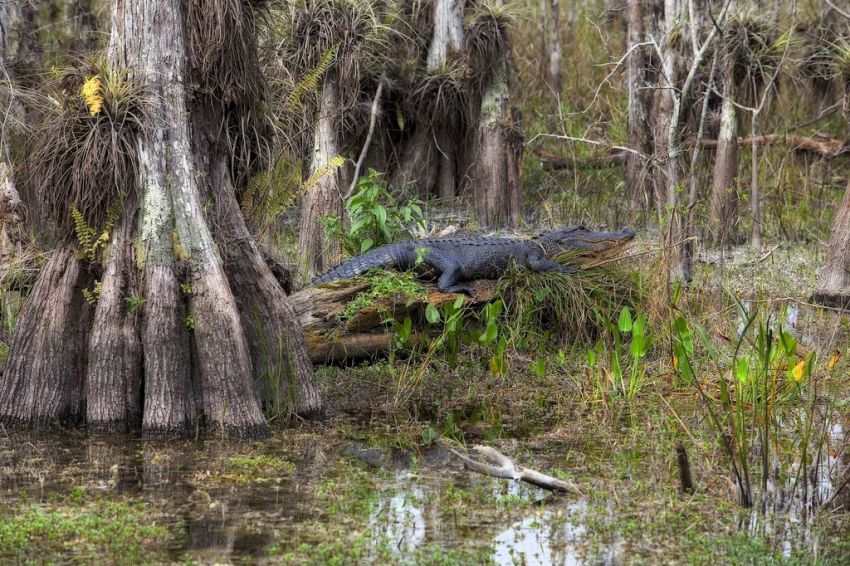 Catacombs of the Capuchins, the island of Sicily, Italy.

On the island of Sicily, in Palermo, is an ancient Capuchin monastery. More than five centuries ago, locals used the cave monastery for burial, so formed "city of the dead". In the necropolis discovered more than 2,000 buried. 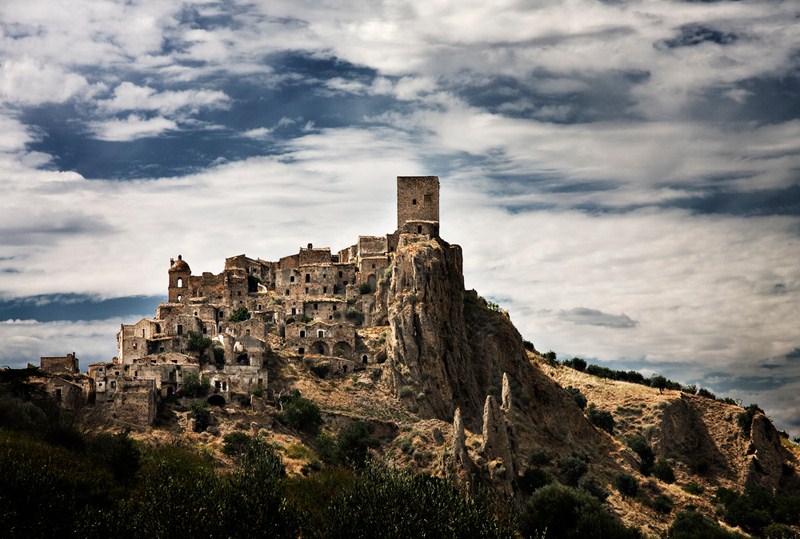 The oldest mummies in the catacombs of the Capuchins more than 4 centuries. This monk Silvestro, Subby. The last burial was made 95 years ago – a little girl named Rosaline. What is surprising is that after so many years, the girl looks as if only recently fell asleep. The rest of the bodies of the dead survived much worse. 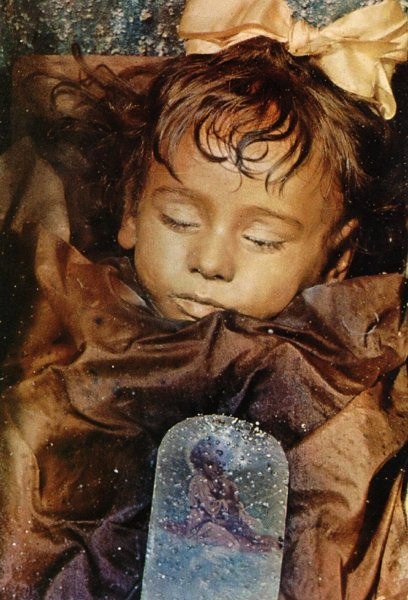 The body located in different positions throughout the tomb – some are placed in coffins, some hanging on the walls. This depended on the wishes of the relatives of the deceased. The catacombs are divided into separate spaces – one are buried the priests, the other women in the third – the children. There is a separate room for the nobility, and there is a room where buried virgin. In Sicily there are several such crypts. 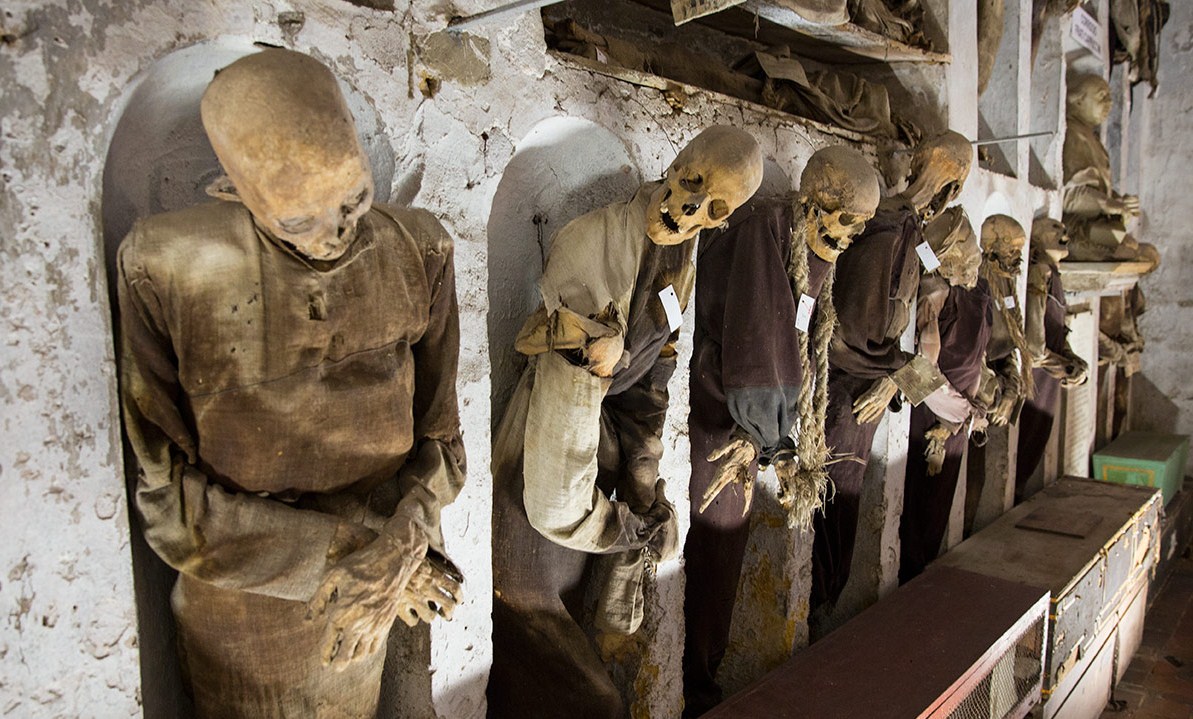 Truk lagoon is an underwater graveyard of a sunken Japanese warships and technology. Planes, ships, tanks, a huge oil tanker, old tractors, bulldozers and automobiles has lain on the seabed since 1944. Also at the bottom of the lagoon lies a lot of artillery, shells, utensils and other things. 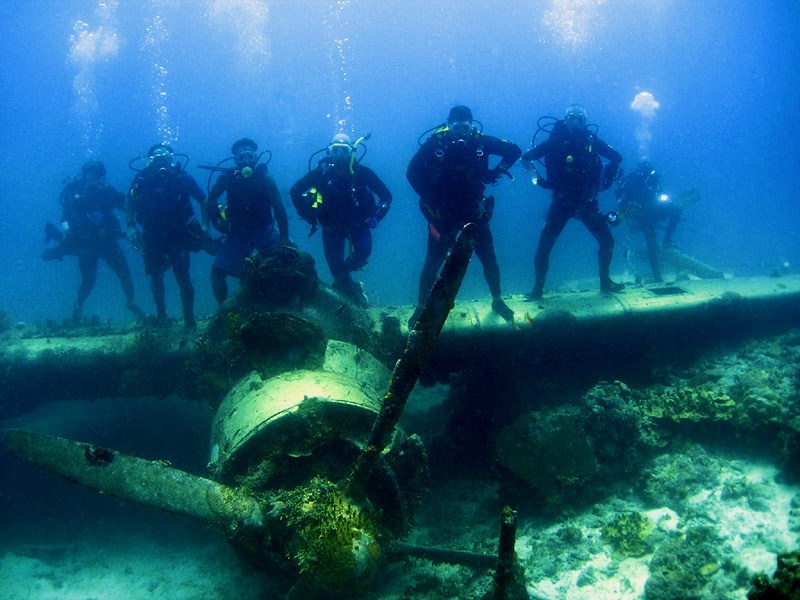 Divers from around the world rush to the lagoon in search of adventure. For several decades all the equipment overgrown with polyps and corals, turning this place into a coral reef, which became a shelter for many inhabitants of the underwater world. Plunging into the lagoon need to be very careful, danger lurks on all sides. This is and old shells lying on the bottom that any attempt to disturb to immediately explode. And sharks, attracted by a rich and varied world of the inhabitants of the coral reef. But if you follow all security measures during the inspection of this place, who witnessed the tragic loss of life and the Keeper of the consequences of war, you can get an indescribable joy and a lot of impressions for a long time. 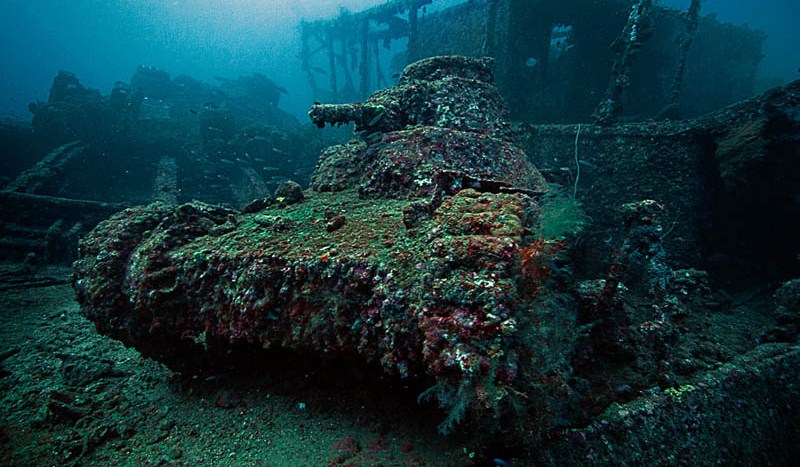 Danakil, is an African desert that is situated on the South-West of Eritrea. It was opened only in 1928. The desert is poisonous, cruel and potresaushe terrible. In addition to the scorching sun (the temperature at noon rises to + 63 degrees C), where the terms of volcanoes, sulfur lakes and toxic gases. Colors reminiscent of the desert landscape from another planet. 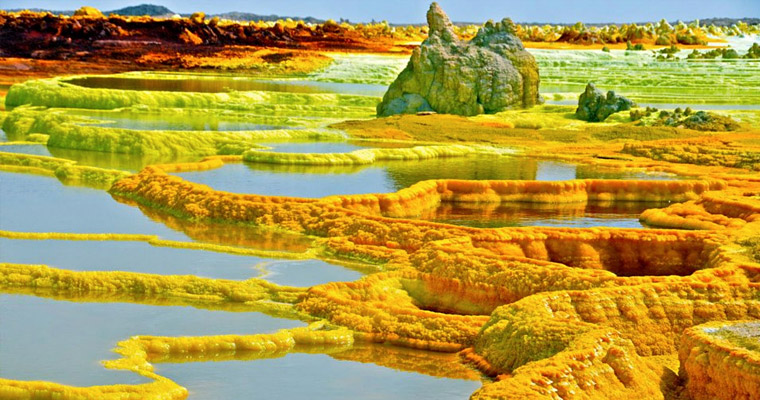 One of the attractions of Danakil is uncured, the lava lake of ERTA Ale volcano. The spectacle is truly fascinating. 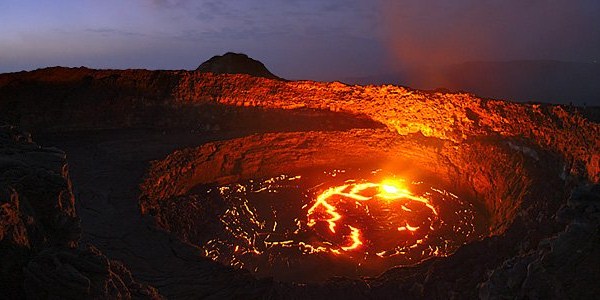 There is also lake Assal, which is considered the most salty lake in the world. Like hundreds of years ago to reach the caravans of camels for salt, then to move her to the Sudan for sale. In the desert there is a very different volcano – Dallol. It is low, and boiling the sulfuric acid and gases made it extraordinary, coloring in all shades of yellow and red. In Danakil you can see the lake bright green and blue. But despite all the horrors and dangers of the place, tourists are always enough. 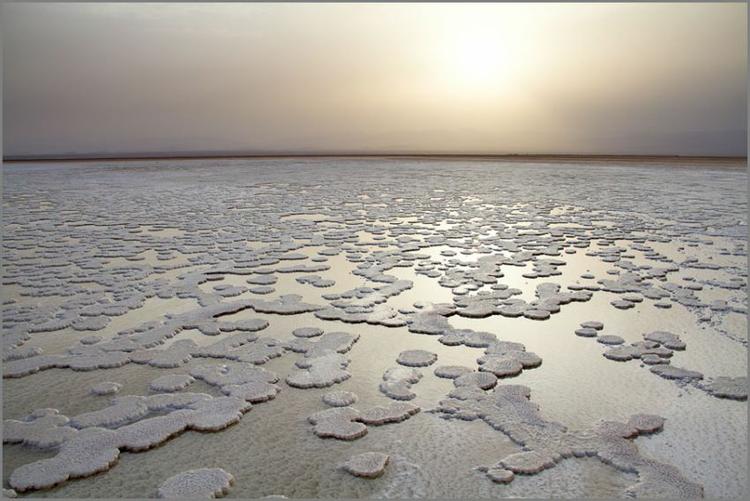